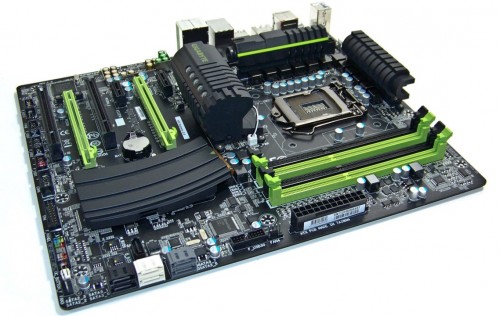 Two die hard gamers with nearly identical systems were convinced that one would “pwn” the other. As the fight went on, it seemed player one knew where Player two was at all times, getting behind and knifing him at will. This happens all too often to a large majority of players, but there are a few variables that give your opponent that extra edge. One such advantage is the motherboard your performance components are connected to. Especially if the board offers higher end audio and networking. GIGABYTE has been doing this for quite some time with their G1.Killer Series. Now they’ve unleashed the G1 Killer Sniper 2 based on INTEL’s Z68 platform. 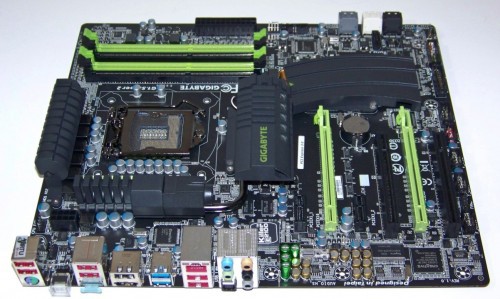 Like any G1 Killer series board, the Sniper 2 sports a creative theme with heat sinks resembling common military weaponry. Sure, it’s not realistic enough to cause home land security to get their knickers in a bunch but it does pique the interest of avid gamers around the world. Don’t let the facade fool you as they do work for cooling off components.

The BIOS remains last generation, but should feel completely familiar allowing you to quickly get in and out and gaming in no time. GIGABYTE does have a new 3D BIOS out there, but only time will tell if they will bring this down from their X79 flagship to their other boards. The rest of the features include Virtu’s extended graphical support from Intel’s Sandy Bridge processors and Intel Smart Response providing extra overall performance by caching important files to any 20 to 64GB max SSD. GIGABYTE also includes a handy utility called EZ Smart Response for getting set up easily without having to reinstall Windows. An issue that many early adopters ran into with this platform and Smart Response.

To get you even more excited about this motherboard, we’ve prepared one of our video overviews to take you on a tour through all the features this board has to offer…

This more aggressive GIGABYTE G1 Killer Sniper 2 Z68 motherboard can be found from many of the usual places for $329.99 and lower with some promotions. If you find one, don’t think about it too long because they quickly disappear off the shelves when they are in stock. You’re probably want to know if all of the Intel and embedded features are worth it. Let’s find out! 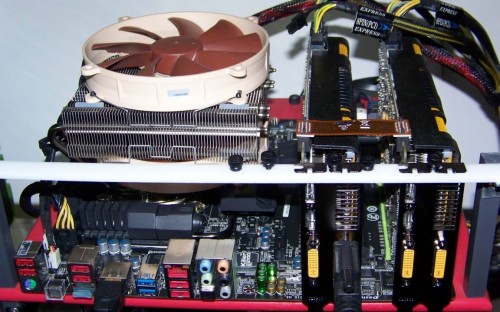 The system was matched up with the same components used in our massive INTEL Z68 Motherboard round up. We’re looking for any tangible benefits built in to this premium dual channel gaming motherboard.  As a refresher, here’s what was spec’d in that original system setup…

Performance was compared to all the other motherboards in the INTEL Z68 Round Up and we were looking for performance benefits that were provided by the higher price tag of the G1.Killer Sniper 2. We used the latest 1.30 BIOS as of the testing of this board. We also used NVIDIA’s 285.35 drivers which were slightly newer than the ones in the original round up, but didn’t seem to offer any enhancements. The board’s performance numbers were achieved using the platform’s native 1333MHz DDR3 frequency. The Patriot and Kingston kits were used to confirm that the board does in fact properly support 1866 and 2133MHz frequencies and could be stable using those frequencies only.

The G1.Killer Sniper 2 features an 8 Phase VRM which can be more than enough to get a CPU to 5GHz. They’ll work hard but that’s fine as long as the circuitry is up to the task. We’ve seen regular Z68 boards reach 4.6GHz on the average. With 1.5 volts max applied to the CPU, this is what I got. 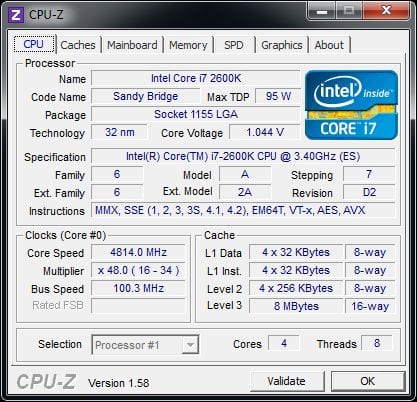 Considering the results we got with the GIGABYTE Z68X-UD3H or Z68XP-UD5, two of the board’s cheaper siblings, it’s nice to see that the premium G1.Killer Sniper 2 able to reach the higher 4.8GHz speeds. However, the system wasn’t perfectly stable above even with 1.5 volts. Manipulating any other voltages didn’t help although it seemed it was very close to accepting 4.9GHz. As with any overclocking, your mileage may vary depending on CPU, motherboards, and other environmental factors.