Are you shopping for an extra special PC gamer this year, but you don’t exactly have the kind of budget to set them up with a crazy gaming laptop or a hot new graphics card? Want to think a little outside of the box for the office gift exchange and avoid giving yet another Steam gift card to the guy you know spends more time in Overwatch than he cares to admit? We’ve got you covered.

The thing with many gamers is that they can be a little particular about their equipment. You might think that this new mechanical keyboard or that cool new gaming mouse is pretty rad, and they might be, but why not give them something a little different this Christmas instead? Santa can be a creative fragger and role-player too. 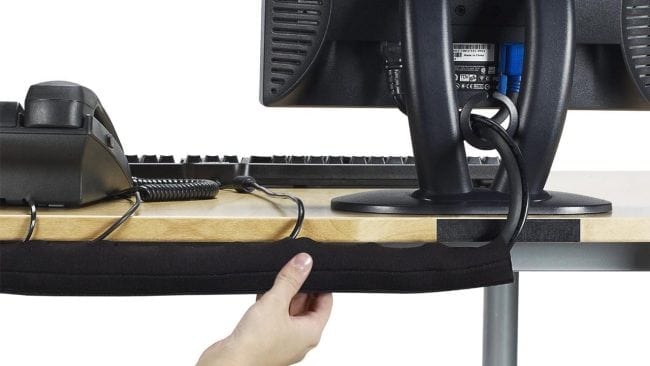 Let’s start things off with a cheap stocking stuffer. Many of your PC DIY folks can be really careful about the cable management inside of your computer, carefully using zap straps as appropriate for as clean an appearance as possible. Then, you look outside and you’ve got a rat’s nest of Thunderbolt cables, HDMI cables, audio cables, power cables, USB cables and all the rest of it.

Offer the gift of simplicity and elegance with some neoprene cable sleeves. These will easily wrap up and bundle those nasty cords, discreetly keeping them out of sight. That way, your gift recipient can focus more on the game and less on the cables he’s kicking underneath his desk. 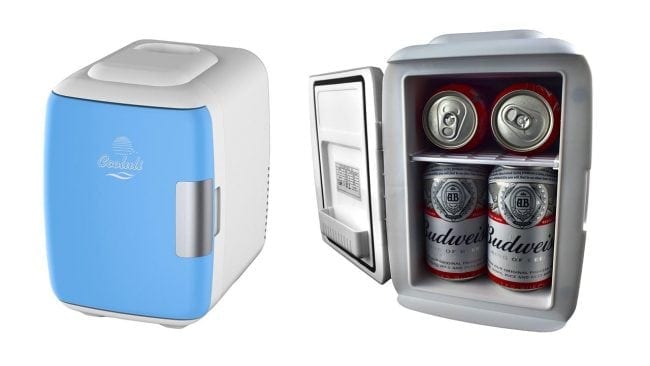 Extended LoL and DOTA sessions can leave an enthusiastic gamer with an awfully parched throat. And leaving the PC rig to go to the kitchen just isn’t in the cards. This little fridge is the perfect place to stow some Monster and Red Bull.

Don’t be fooled. This is not any ordinary mini fridge. It’s so much more than that, because it doesn’t need to be plugged into the wall. All it needs is some USB juice, which every gaming PC should be able to supply quite handily. Of course, you could pair it with your wall wart of choice if you’d rather plug it into a regular power outlet.

Available in your choice of blue, fuchsia, pink, white, or “cow print,” this handle mini refrigerator retails for about $43. 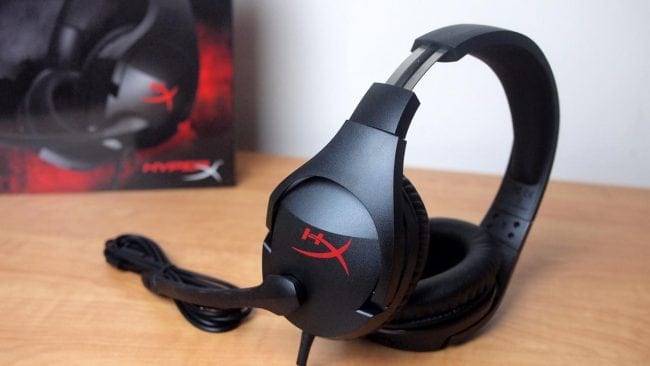 I know I said that I would avoid the “typical” gifts for the gamers in your life, but the HyperX Cloud Stinger is very much worth mentioning. As I said in my review, this is a gaming headset that offers a value far beyond its budget-oriented price tag.

From the ultra-comfortable memory foam to the exceptional sound quality and rotate-to-mute boom microphone, the Stinger ticks a lot of boxes while keeping your wallet reasonably happy. And it’s compatible with practically anything, so gaming on the Xbox One or PS4 is definitely a go too.

Listed at just $49.99, the HyperX Cloud Stinger represents the best bang-for-your-buck in the world of awesome gaming headsets. 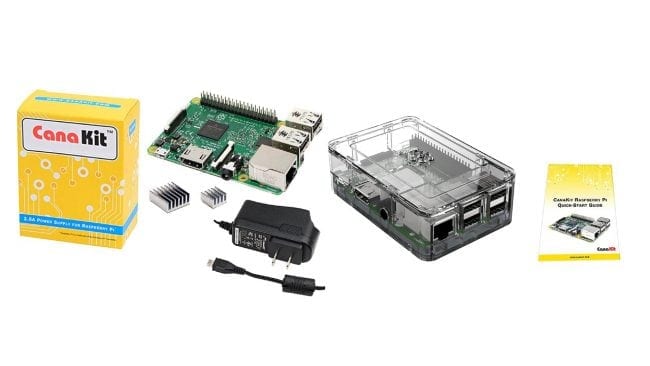 Do you have a gamer who also happens to be something of a tinkerer? Maybe they’re really interested in the whole Internet of Things phenomenon or they’re getting caught up in the 3D printing craze? Play the game of making something unique with Raspberry Pi.

This uber cheap computer can be configured to serve all sorts of different purposes, but sourcing out all the individual parts can be a bit of a pain, especially for a novice or an impatient recipient. Just give a package that has all the necessary bits and let him or her go at it.

CanaKit bundles together a number of different Raspberry Pi 3 kits, most of which are for around $50 depending on the contents. 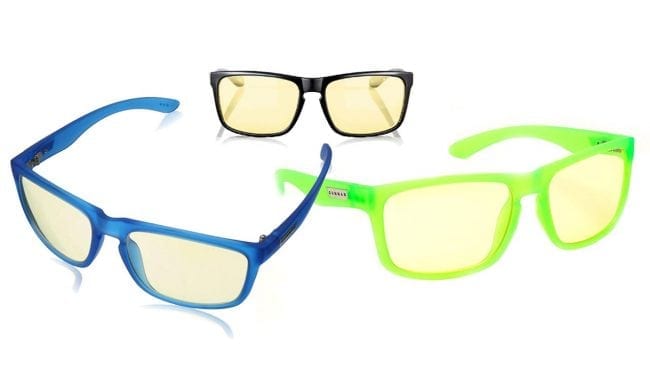 In addition to the need for better cable management and plenty of liquid refreshment, gamers have other needs too. Like the ability to see comfortably for an extended period of time. After staring at a computer monitor for hours on end, those bleary eyes can get awfully strained.

These hot “advanced video gaming glasses” from Gunnar Optiks help to reduce eye strain, so the player can stay in the middle of the action comfortably for a frag after frag, match after match, tournament after tournament. We reviewed the performance eyewear several years ago and found a lot to like.

The Gunnar Optiks INT-00101 Incercept video glasses sell for about $60 in Onyx, Smoke, Kryptonite, Ink, Ghost, Fire or Cobalt. That neon green Kryptonite is something else. 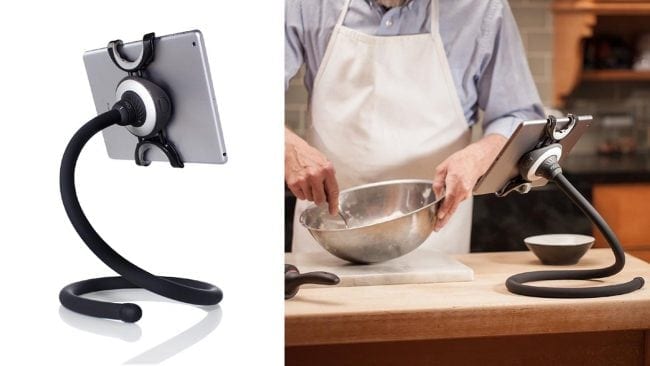 The thing with gaming is that there is so much more going on that what is being displayed on the screen. In the case of a fighting game like Street Fighter V, a player might want to refer to a move list, a combo list, frame data, or any wealth of other information available online.

Even if the gamer on your list plays on a multi-monitor setup, alt-tabbing between windows might not be the best solution. Instead, it might make more sense to bring up that information on a tablet… but leaving the tablet on the desk isn’t great either. With the TabletTail, it can be bent up at almost any height and any angle quickly and easily.

It’s a beautiful solution with so many applications. Priced at $79.99, the Octa TabletTail is universally compatible with a broad range of tablet devices. 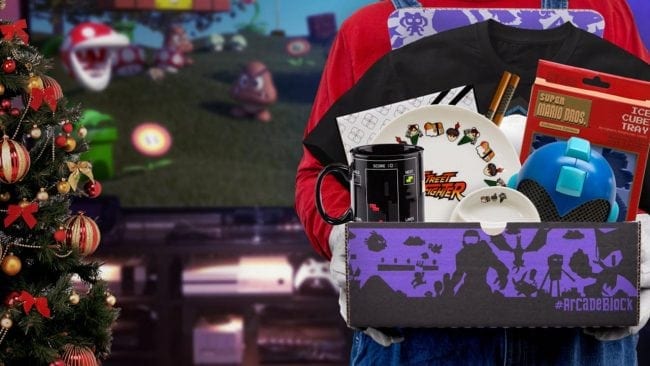 Still not sure about what to choose as your holiday gift to the gamer on your list? Give the gift of monthly surprises (the good kind) with an Arcade Block monthly subscription. These geeky monthly boxes are an affordable joy that keep on giving.

In previous months, subscribers of the Arcade Block box have received such items as a Street Fighter sushi set and a Mega Man speaker. If you’d prefer a different genre, there are also boxes for comic geeks, horror nerds, and other areas of interest.

‘Tis Better to Give than Receive

It’s the season for giving, but it can be hard to find a great present for everyone on your list. For more ideas, check out the gift guide for unlocked smartphones over at MEGATechNews. Everyone wants a new phone, right?