We can always count on DEEPCOOL for some rather interesting looking product announcements. The crop raised from Computex 2016 is no different. 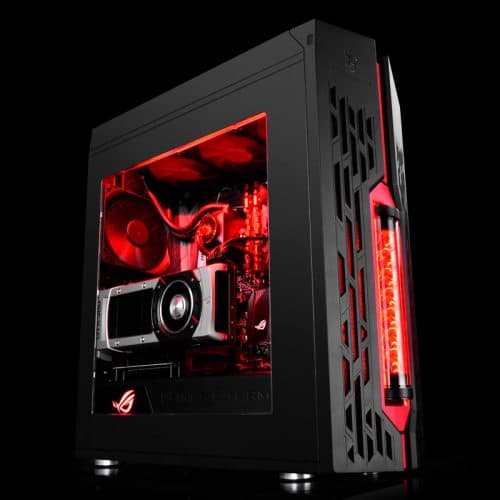 First up is the Genome-ROG water cooled chassis. Based on the GENOME announced earlier this year, this chassis features ROG certified and exclusive features. Unfortunately those aren’t specified in the press release. It does however have RGB lighting, so you don’t have to stick with red if you want your ROG computer to be one of many colours. 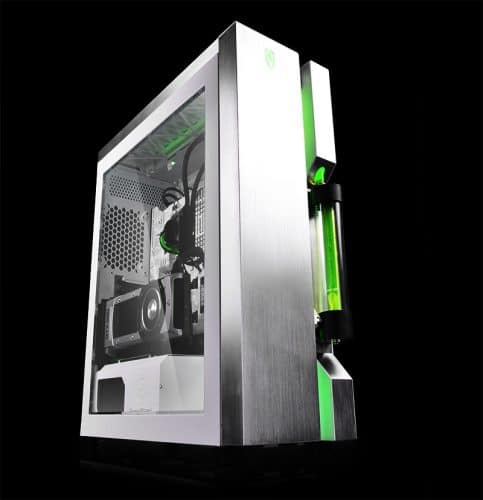 The next chassis is a brand new product. Called the New Ark, this case is said to take the GENOME design concepts to the next level. The case itself has integrated water cooling, with a CAPTAIN block/pump, 360mm radiator, and three 2-layer blade PWM fans pre-installed. The case is aimed at DIYers, with a fully exposed liquid reservoir and long run cooling channels. The case is 100% aluminum, with full RGB lighting. 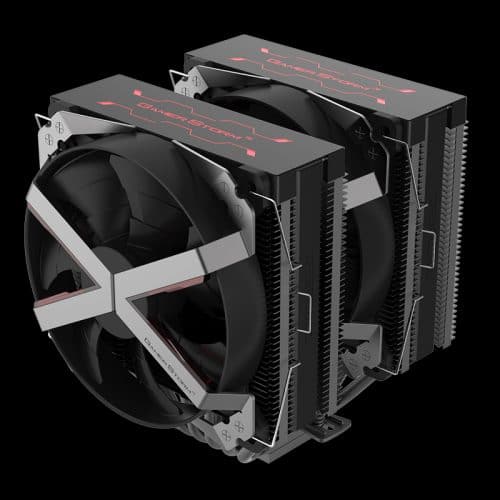 Something we haven’t seen from DEEPCOOL yet is a CPU cooler. That changes with the Neptwin RGB. This cooler will feature a push/pull setup with dual 120mm RGB LED fans. The dual tower radiators with integrated heat pipes should make for quiet efficient operation. Topping those towers is an RGB lit top panel. This cooler with be a good match for either a DEEPCOOL or any other large enthusiast case. 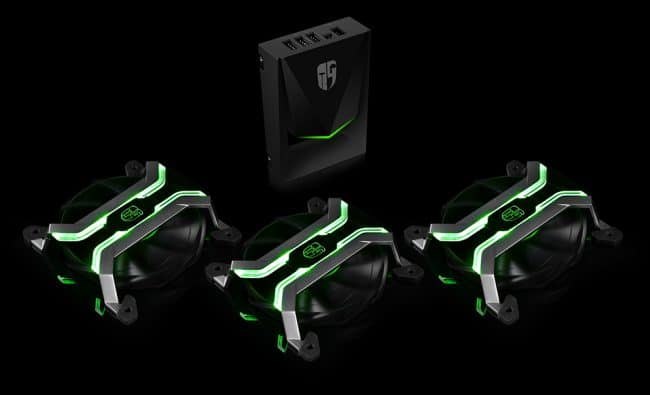 Finally we arrive at the MF360 cooling fan kit. Found in this kit are three 120mm RGB lit case fans and a controller that takes care of fan speed and lighting. The fans themselves seem like they have some sort of bar over top of them. DEEPCOOL asserts that this “bull-fighting horn RGB lighting design” doesn’t impede airflow, and directs air to where it should be. The controller also can control other fans and lighting strips.

Product info and pricing can be found in the press release below. More to come from Computex 2016 in Taiwan.

May 31, 2016 China – DEEPCOOL, a world leader in the design and manufacture of computer cases, cooling and other components, attends COMPUTEX 2016 in Taipei, Taiwan from 31st May to 4th June. DEEPCOOL’s booth is in TWTC Nangang Exhibition Hall First Floor, Booth No.: J0301a. As usual, we would like to give you a brief glimpse of what we are currently working on by displaying some exclusive prototypes.

In 2015, DEEPCOOL launched GENOME – the world’s first chassis with built in liquid cooling (AIO), including a unique double helix reservoir at the front which adds beauty as well as functionality. Today DEEPCOOL introduces the newly exclusive Genome-ROG Certified Edition, which certified by ROG and designed with the ROG exclusive features. Meanwhile the integrated RGB lighting system for ROG logo, water block and reservoir etc. make it be a magical rig.

For COMPUTEX 2016, DEEPCOOL is proud to announce the launch of a revolutionary new chassis called New Ark, which has taken all of the design concepts that made GENOME so popular with enthusiasts across the globe, and moved then forward by an entire generation. New Ark is also an optimized ATX chassis with integrated liquid cooling. A CAPTAIN block/pump, 360mm Radiator and three 2-layer blade PWM fans (patented design) are pre-installed.

The latest innovations include a 100% aluminum design, integrated RGB lighting system (Gamer Storm logo, Dragon Scale lighting effects etc) and an exquisite, functional internal structure. Hardcore DIY fans will love New Ark’s exposed liquid reservoir and transparent channels, which offer not only amazing liquid flow visuals but also a longer cooling route. Moreover New Ark design is finished off with a brand new air channel on the side and fantastic compatibility – including support for liquid radiators up to 420mm and vertical GPU installation.

DEEPCOOL also announce their MF360, the world’s first inverted RGB case fan. It features an all-metal frame and fantastic bull-fighting horn RGB lighting design. This not only immensely reduces fan vibration and keeps noise levels low, it also combines multiple technologies to maximize both airflow and air pressure. Concentrating the passage of air where it’s needed most means you achieve excellent cooling performance with the lowest noise profile possible. DEEPCOOL has created the MF360 to be the first of a new generation of pc chassis fans. When it comes to 120mm case fans, MF360 will challenge your preconceptions – initiating a new era in RGB cooling.

Meanwhile the DEEPCOOL MF360 is equipped with a proprietary controller that comes with an easy to use controller for fast fan color changeovers as well as customizable settings for all your LED fans and strips. Alongside precision setting up, the controller also offers simple to change between respiratory patterns and flashing modes. These can also be adapted to allow DEEPCOOL’s brilliantly colorful RGB lighting to be controlled by an app on your phone. In addition, it comes with SSD mounting plate for easy attachment inside your pc chassis.

Deepcool sincerely invites business partners and media friends to visit our booth at this year’s COMPUTEX. Our Media Contact in the booth during COMPUTEX is: