Storage technology has changed over the years. Not only in capacities but in how your data is stored. I may be dating myself, but the first storage drive I possessed was an 80 MB (yes, megabyte) SCSI drive for my old Apple Macintosh LCIII. The next storage upgrade I bought at that time was a 500 MB external SCSI drive. Now, I know some people out there have worked with drives that were the size of refrigerators with way smaller capacities, but now things have gone the other way. Storage has gotten physically smaller; they have larger capacities and can also operate a lot faster. The two main types of storage these days are HDD (hard disk drive) and SSD (solid-state drive). Today, I will be looking at the Asura Genesis Xtreme 1TB NVMe SSD. Yes, a whopping one terabyte SSD capable of 3,500Mbps reads and 3,000Mbps writes.

Asura is a new name in the SSD market which is a California based company that was founded in 2018 with the mission of providing premium technology that is designed and engineered around quality, performance and reliability.

The Asura Genesis Xtreme is an M.2 2280 form factor NVMe (1.3) SSD that can support up to 3,500 MBps reads and 3,000 MBps writes in capacities ranging from 256GB up to and including 2TB. Being controlled by a Phison E12 (PS5012-E12) controller with Toshiba BICS3 TLC NAND Flash, the Genesis Xtreme is the new kid on the block. This is all backed up by a 7-year warranty. 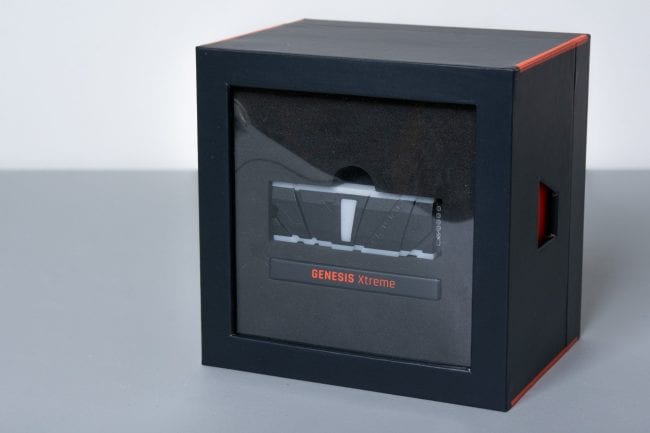 Talk about an original box. The box that the Asura Genesis Xtreme is one I have never seen before cubed shaped and easily slides apart to reveal the multiple layers. The one thing I will mention is that this Asura Genesis Xtreme SSD is an Engineering Sample. That means it might not be fully ready for the consumer and things may change in either hardware wise or physical design-wise once it has reached the masses. Though, it does look pretty cool. 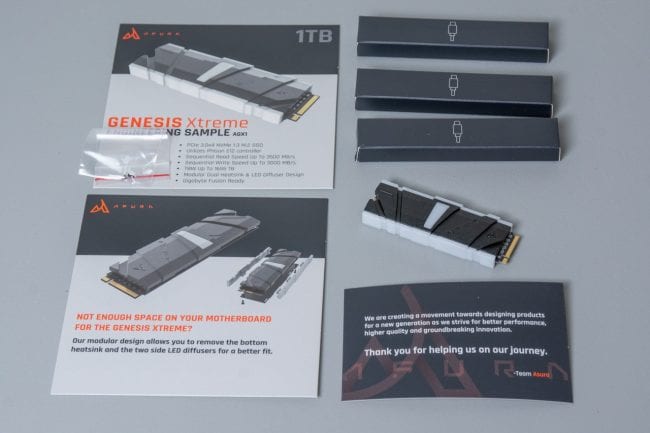 Now because of this being an Engineering Sample, the contents may differ from a retail experience as well, but the inside contained the following items: 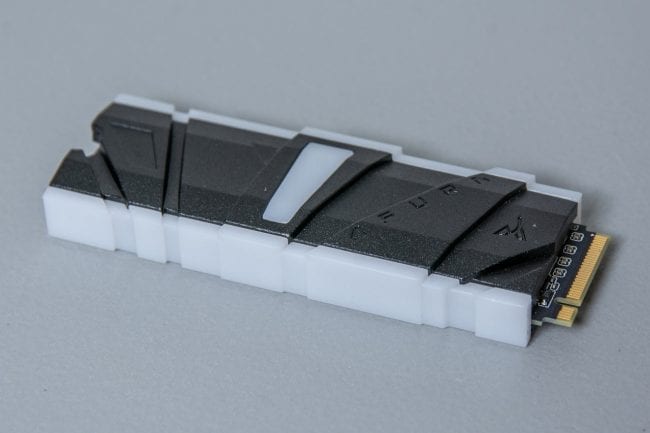 The Asura Genesis XTreme comes complete with a modular heatsink assembly. The top and bottom are of metal construction and make up the heatsink portion while the sides are the diffusers for the RGB LEDs that are present. 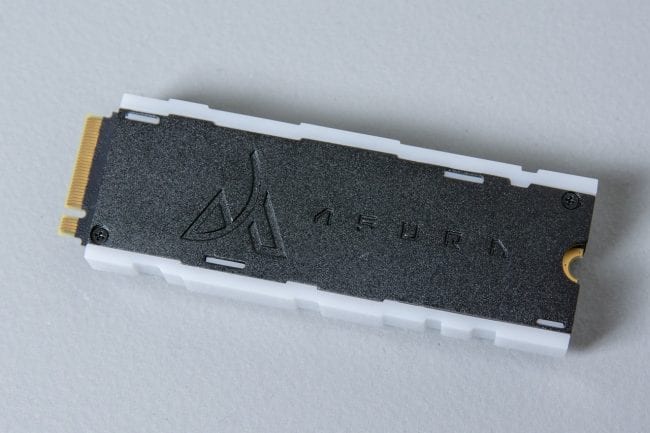 The bottom or backside of the Asura Genesis Xtreme SSD is adorned with the logo. Make a note of the two small screws which hold the assembly together. 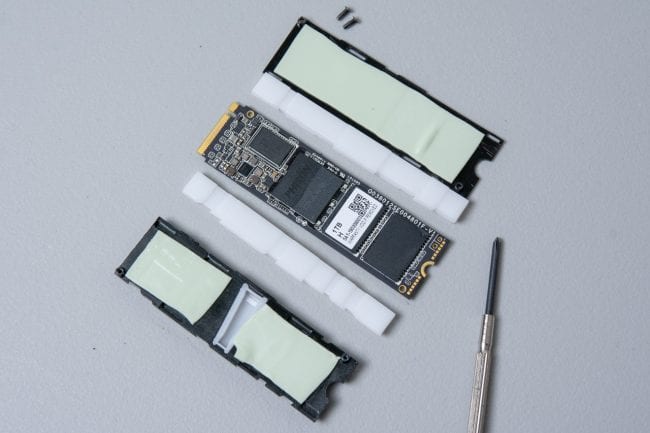 Removing the two small screws allows you to remove the module heatsink and diffusers from the SSD itself. It did take a little bit of prying but it the assembly eventually popped off. Putting it back together was a bit trickier as the diffusers only fit on a specific side and certain way. The thermal tape helps transfer the heat to the metal plates. 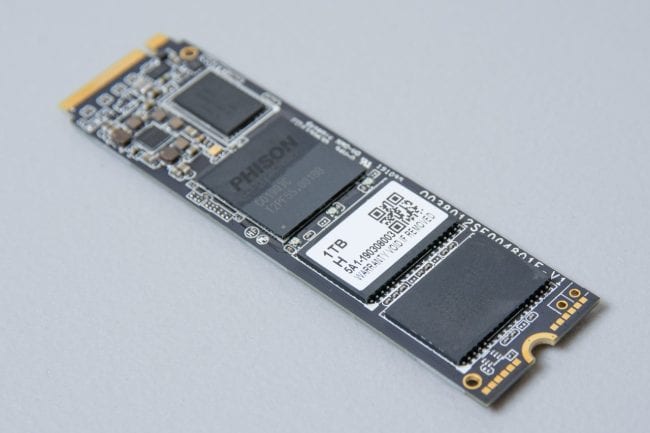