How Do I Use This Thing?

That’s the real question, isn’t it? Given its unconventional nature, the Orbita Mouse comes with quite the serious learning curve. With a couple hours of casual use, I felt a little more comfortable with how it worked but I was still well outside my usual comfort zone. I’d imagine that it would take a few days before you would really become used to how to use the Orbita Mouse. 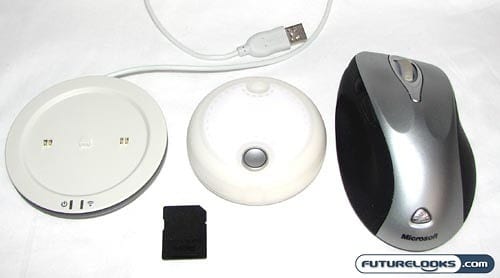 In a nutshell, you place the Orbita Mouse on your mouse pad as you normally would and then you have to tell it which way is up. Or forward, if you prefer. Due to its perfectly round nature, there really is no way for the Orbita to know exactly how it is oriented unless you give it this information. On the top surface is an orientation arrow button. Point this in the direction that is up and press the button.

This seemed fine for the first little while, but I have a tendency to pick up my mouse and adjust its position. Each time I did this, the calibration of the Orbita Mouse would also shift slightly and, eventually, it would be completely out of wack again. So, I’d re-orient it and re-calibrate it. I guess I have to learn to keep my mouse glued the surface of my mouse pad. 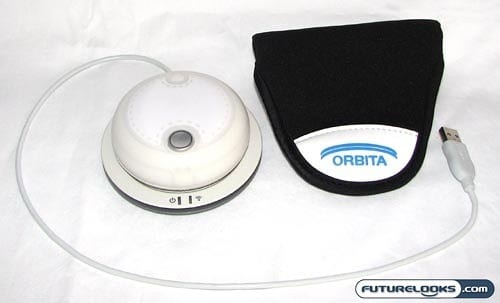 Getting beyond the orientation end of the equation, how do you use this mouse? Most of the top surface acts as a large left mouse button. Click just about anywhere on that and it’ll work. Also on the top surface are the aforementioned orientation button and a silver “dimple” button. The latter can be mapped as a third mouse button or it can be used to swap between vertical and horizontal scrolling. The right mouse button is mapped to the “squeeze” buttons on the perimeter. Squeeze the mouse and you get a right-click. 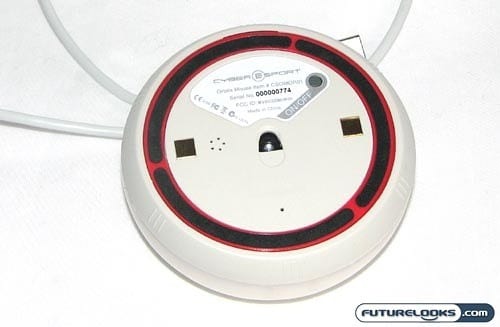 And this is where the Orbita Mouse really sells itself. If you’ve got exceptionally long documents or you do a lot of non-linear video editing, there’s a good chance that you’ll be doing quite a bit of scrolling over the course of a day. The entire Orbita Mouse spins around and around, allowing you to scroll to your heart’s delight.

How fast can this spin? Using the “beginner’s” red ring that comes pre-installed on the Orbita Mouse (it provides a little more grip and stability), I was able to scroll between 700 and 1200 lines in an Excel spreadsheet with a flick of one finger. Using two hands for a bigger spin, I was able to scroll over 4000 lines. I achieved similar results with the “faster” blue replacement mouse feet ring. That’s a lot of scrolling.