Now that you’ve had the opportunity to deck the halls with boughs of holly, you can relax and enjoy this season where it’s apt to be jolly. Whether you are suffering through some holiday travel to get to grandma’s house for dinner or you’re just staying at home and hosting some of your friends for a Christmas party, you will want to have some entertainment on hand. Why be passive and watch some TV specials when you can get engage in some great video game action? 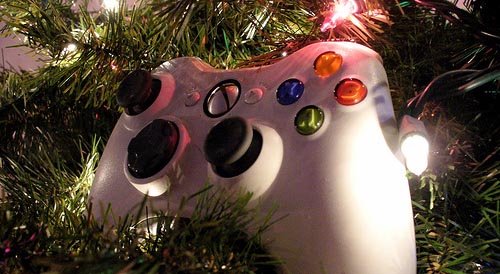 Depending on your company, it may not be such a bright idea for them to sit around and watch you play Gears of War 2. In this way, you need to take a look at video games that are more appropriate for parties, even if they’re not explicitly marketed as party games. The top ten list that I have provided below are based on two very simple criteria. First, the multiplayer-minded game must be simple enough for novices to enjoy. Second, it has to be fun. That’s it. On with the party! 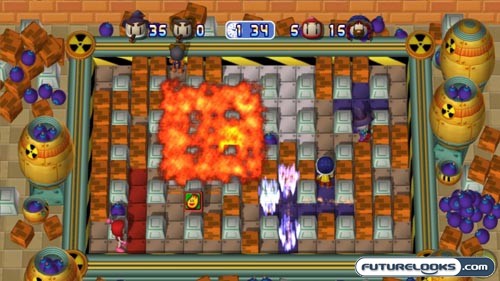 With full support for up to four local players, Bomberman Live is one of the newest additions to the Bomberman franchise. It’s been available through the Xbox Live Arcade for some time now, but with the arrival of the New Xbox Experience (NXE) came support for those quirky Xbox Avatars too.

The explosive action (bad pun intended) is incredibly fast-paced and, because each individual match is relatively short, a good number of people can get in and play. The Bomberman paradigm is easy for anyone to understand and the control scheme is similarly simple. There’s nothing quite as fun as blowing up your best friend. 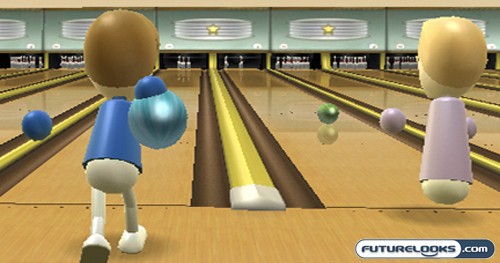 Yes, the Nintendo Wii is already two years old and this is the title that is packed into the system bundle, but it’s still the one that attracts the most attention from non-gamers.

Swinging that Wii Remote like an idiot to play Wii Sports: Tennis will be remarkably enjoyable for anyone who hasn’t yet had the opportunity to play on the Wii. Seeing how there are still system shortages, I’m thinking that Wii newbies will still want to try Wii Sports. Kids will get a kick out of boxing and grown-ups enjoy the intricacies of bowling.

The physically involving controls, coupled with the cute Mii characters, will get everyone in the family involved. Games like Wii Sports can be much more inclusive, because everyone from little Mary Lou right up to Grandpa Stu can have a good time. Wii Fit may be a hot ticket this year, but it doesn’t really boast anything in terms of multiplayer content. 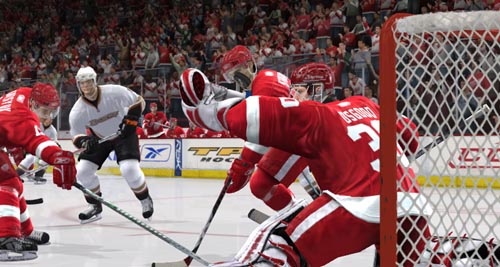 This is probably the Canadian in me speaking, but playing hockey is great during the winter months, even if you’re actually hitting the rink (or the pond). I’ve always been a fan of the NHL franchise from EA Sports, so it’s not surprising that I still like playing NHL 09. Even more fun can be had if you have family and friends coming in from around the country, because all of those team rivalries will rise to the surface in some friendly competitive play.

Will you rise to the occasion with the Sedin twins and the Vancouver Canucks or will you go on a scoring frenzy with Sidney Crosby and the Pittsburgh Penguins? NHL 09 is available on the PlayStation 2, PlayStation 3, and the Xbox 360 and it has full support for up to four local players.