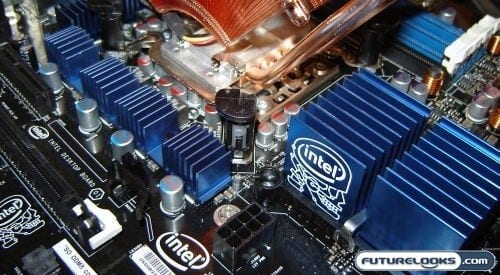 A lot of PC enthusiasts have been following motherboards equipped with Intel’s latest chipset: The X58. We all knew it would offer native ATI Crossfire support but there was much speculation on whether the chipset would or could natively support SLI with nVidia video cards. At nVision 08, nVidia announced that BIOS support would happen for the X58 via a certification program that would embed a “cookie” into the BIOS to unlock the SLI capability. It would also be followed by the hoopla about a certification program. It’s been a few months, but still no hoopla.

While the BIOS support was being worked on, nVidia continued offering their nForce SLI chip to any vendor who saw fit to grace their X58 based board with SLI support. Their line would be, of course, that it would offer better performance, thus a lot of boards with the nForce bridge cost a premium.

Just days ago, Intel released a new BIOS Update (SOX5810J.86A) that now enables SLI support for their DX58SO Motherboards without nVidia’s SLI chip. In other words, this extra nForce chip is no longer required to unleash SLI on Intel’s X58 platform and marks the first official release of the rumoured BIOS support. It was originally slated to be released once a little more testing was completed. However, preliminary reports “from the field” were favorable thus motivating the early release.

The only thing available before now were driver and various beta BIOS releases that produced spotty SLI performance at best.  In many cases, there was severe performance degradation that solidified nVidia’s assertion that their bridge chip was required for best possible performance. Now that this method of SLI support is officially here, one would hope that these early performance glitches would finally be worked out.

The big question on the minds of enthusiasts is whether or not an integrated nVidia nForce SLI chip is better than BIOS support via the X58 Chipset. With that in mind, we investigate the DX58SO  BIOS in a head to head test with nVidia’s hardware chip solution. 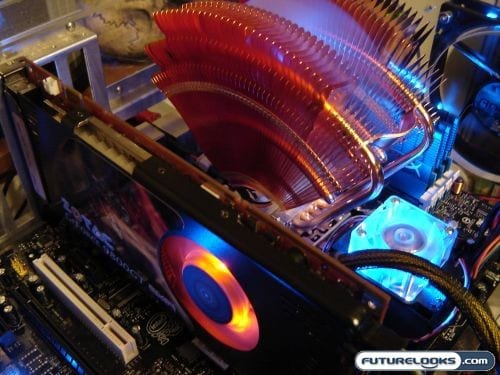 In order to test out the two different SLI solutions, we assembled a test system with the following key components:

All of the tests were performed under Vista Ultimate 32-bit with all latest drivers and patches.

How Easy Does SLI Come to the Intel X58 Smackover?

Intel offers an automated BIOS update program for this X58 wrapped up neatly in an executable labeled “Express BIOS Update [SOX5810J.86A.3435.EB.EXE]”.  The program functioned perfectly, automatically restarting the system when needed before and after the BIOS was successfully updated. Once back under OS command, Vista quickly updated any drivers needed specifically for the PCI Express SLI support.

After this is done, all you need to do is make sure you have nVidia’s latest and greatest drivers and as mentioned earlier, you’ll need to check the little “Enable SLI” box in the control panel. That’s it. Now on with the tests!