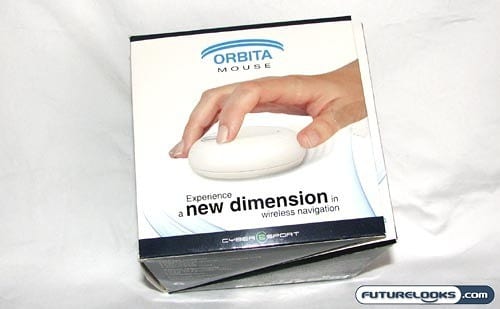 It may be one of the most overlooked and underappreciated accessories on your desk, but it is also the one that you rely on each and every time that you sit down in front of that keyboard. The mouse represented a huge revolution in how we interacted with our computers when it was first introduced and now we’re witnessing a similar revolution brought to us by Cyber E Sport.

The Wireless Orbita Mouse is unlike any wireless mouse that I have encountered before. Instead of using a small scroll wheel between your two main buttons, the entire Orbita Mouse is its own scroll wheel. The developers invite you to “experience a new dimension in wireless navigation,” because the puck-like Orbita Mouse works like one huge dial. 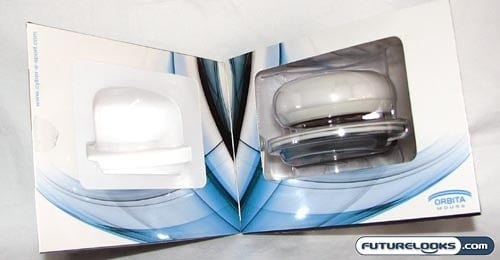 The Orbita Mouse is certainly unique, because it is able to spin in place to provide both horizontal and vertical scrolling. Shaped like a yo-yo, the cylindrical design means that there really is no “right” orientation for the mouse: it’ll work no matter which way it’s facing. Among the rest of the features and specs are the following:

The rubberized grip ensures that it won’t slip out of your hands and, despite its minimalistic appearance, it can take on the same functionality as a standard 3-button scroll mouse.

Before we dive a bit deeper into the mouse itself, I do have to comment on the clever packaging. I am no fan of the usual plastic blister packaging that comes with most products, because they are so frustrating to open. I even have one of those weird tools designed specifically for this purpose and it still doesn’t make things that much easier.

With the Orbita Mouse, you don’t run into this problem. It ships in a cube box that splits open in the center on a diagonal angle. This is almost like opening a gift. The mouse and its charging base are housed inside a plastic shell, but you don’t need scissors to open it. Thank you so much! 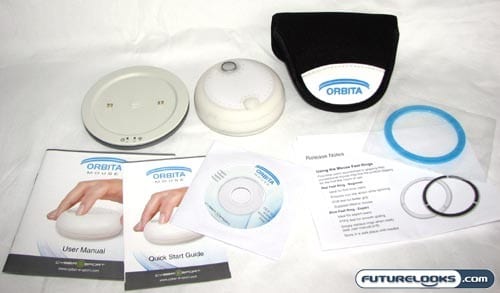 In terms of contents, you get the Orbita Mouse, its USB charging base (which doubles as the transmitter), an alternate mouse feet ring, the installation CD, and some basic documentation. The included carrying pouch is good for frequent flyers too, since it easily hangs on to both the mouse and its base.