Network Attached Storage used to be a thing sought after by real propeller heads; the type of people who regularly read industry journals and whitepapers targeted at corporate Network Admins, and lust over enterprise-level computer hardware in an almost un-natural fashion. However in the past few years, NAS devices have started finding more mainstream uses. With the advent of the home media server, and people collecting hundreds of gigabytes of irreplaceable data, a NAS box with some form of redundancy starts to really make sense. That’s where a company like Thecus comes in. 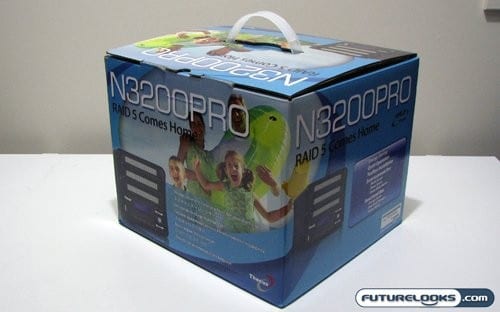 The N3200PRO 3-bay NAS enclosure is an upgraded version of the original N3200 and a couple steps down from the N5200B Pro that we reviewed last year. It still retains many of the features that made its predecessor so popular, but ups the ante with faster hardware, better power usage and targeted to home users. That faster hardware comes in the form of an AMD Geode processor, which still drives the same 3 SATA drive bays. This provides for 3TB or more of total storage, giving you a pretty bucket to pour all your data  into. 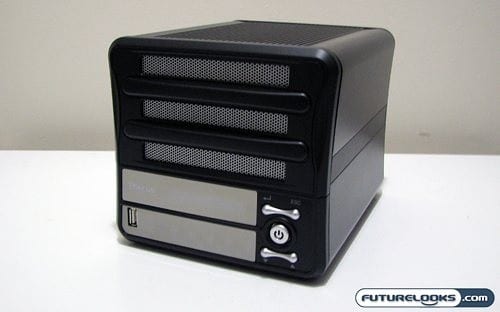 The N3200PRO isn’t just a data repository though. That would be rather boring and corporate, and no one wants that in their home. Instead Thecus has added a large number of services to the software used in the N3200PRO. The same favourites found in the N3200 are still there, and include an iTunes server, Media server, Web cam control, and Photo Web server. There’s also a download manager the supports FTP, HTTP, and BitTorrent, as well as printer support. For full features and specifications check out the product home page.

As for pricing and availability, the N3200PRO has finally started to surface at a few North American retailers. Thecus notes that the MSRP for the unit is $379.99 USD. That being said, I’ve found a couple North American retailers selling the N3200PRO, and they average a price of $350 USD. Hard drives are of course not included in that price. Some may be wondering if the N3200PRO is worth it, as there are cheaper NAS boxes out there. We’ll have to see if the extra coin is worth it.

Before we get to the meat and potatoes of the Thecus N3200PRO, we should take a quick look at what else comes in the box. There is of course the included paperwork, and a quick setup CD. Also stuffed into the package is a quick setup guide to walk you through connecting everything. 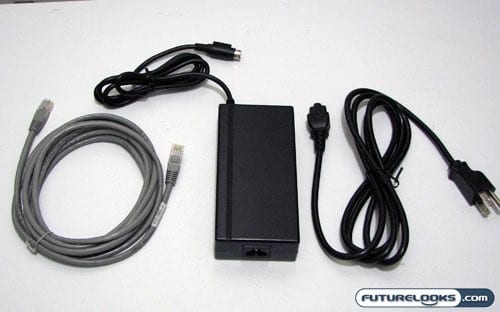 Thecus only provides the most basic of cabling for the N3200PRO. Even with the myriad of ports, they only provide a single CAT5e cable. They also provide a power adaptor, though that is a given. Once everything is connected and hooked up, you are then directed to run the setup CD and consult the PDF-based user’s manual. We’ll get to showcasing that part of setup in few moments, but first lets take a look the svelte NAS box itself, and the actual setup needed.