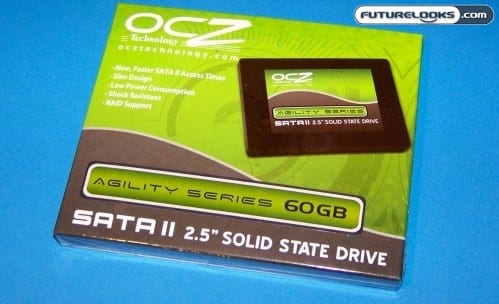 When recently asked what SSD would be ideal for regular users, that doesn’t cost too much, but contains quality components, I found myself going back over my notes. I found myself considering what kind of controller is used inside an SSD rather than basing it off the name brand. The controller is a major component that can make or break performance. And, it doesn’t hurt if an SSD has a little extra cache to maintain transfer rates.

But, just like clock work, one fundamental detail rears its ugly head. That would be price. We would all love to own the fastest $400 to $600 SSDs available, but the reality of it all is that the large majority of users will reach for these more affordable SSD that still offer respectable performance using quality internal components. One SSD that fits in this category is OCZ’s Agility Series 60GB SSD.

Besides the obvious technological features like no moving parts, shock resistance, as well as resistance to heat and cold, the OCZ Agility Series is aimed at the mainstream market where users are looking for a good balance of price and performance. 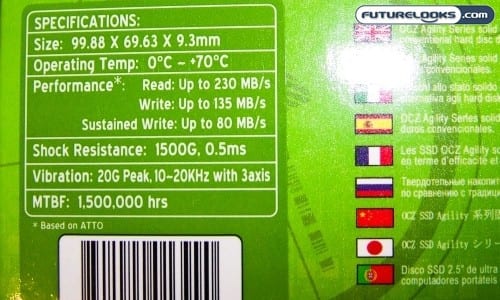 The 60GB Agility SSD contains some features definitely worth mentioning. For starters, the Agility  is in fact using an Indilinx controller which has proven to be formidable. They can be easily tuned for all kinds performance levels and are often TRIM friendly. It’s also supported by 64MBs of Elpida cache which helps improve small block performance.

We can’t tell you what memory is inside the 60GB Agility for sure. Some Agility SSDs use memory marked with an “i” and some have Samsung clearly stamped on them. The internal memory in question here contains the same little “i” which has also been used in SSDs that utilize Intel controllers. So, it can’t be bad stuff. 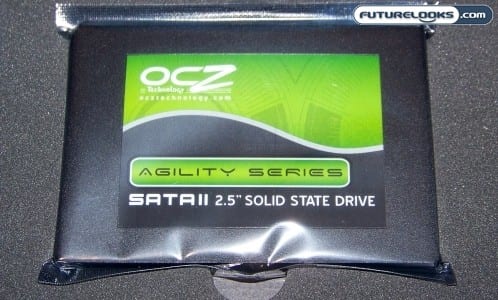 There are three different capacity SSDs in the Agility Series. The smallest 30GB SSD tends to be the best option if you just need a quick booting system. You can use the 30GB as a boot drive with Win 7 accompanied by MS Office or whatever you tend to use most often. The 60GB is a more serious SSD intended for a little more than office work. It also gets a noticeable boost in Read (up to 230MB/s) and Write (up to 135MB/s) performance over its smaller sibling.

Then there’s the 120GB SSD leading the pack. It offers the same Read and Write performance. OCZ’s web page notes a 250GB max capacity, but we have yet to confirm one exists. Until then, it appears the Agility Series tops out at 120GB unless you spend more for their higher end Vertex series.

While the desktop market is still adjusting to the size, cost, and performance of Solid State Drives, there is one area that SSDs absolutely excel. That would be the laptop and netbook markets. 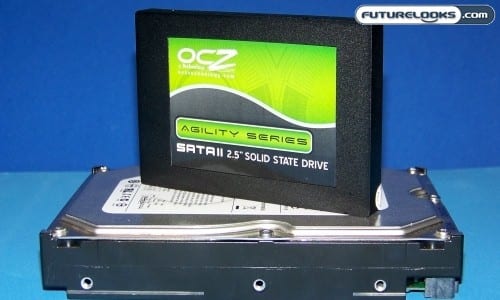 That may not seem like much, but try carrying around your laptop for day. Then, swap out the hard drive for the lighter SSD, or two, and you’ll definitely notice the difference. It really is nice to shed one or two pounds from your laptop. Plus, your laptop won’t blue screen if you accidentally give it an abrupt jolt like when you move it and it decides to wake up on its own.