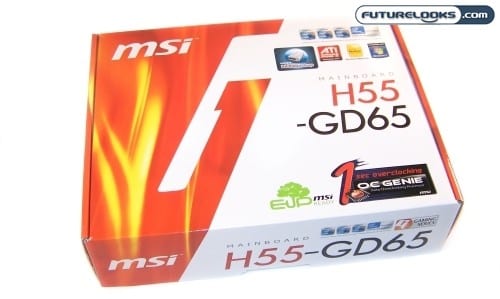 A key benefit of almost every INTEL P55/P55A motherboard that we’ve reviewed is the overclocking capability. Chances are  you can walk into your favourite computer store and locate several capable INTEL P55 boards capable of unlocking the potential of that stock CPU. How much potential depends on how much you want to spend and what expansion features you want.

Among all the brands and models of “55” series boards were that we’ve played with, the previously reviewed MSI P55-GD65 Xtreme Speed motherboard would be at the top of the list. This is thanks in part to the excellent OC Genie feature. But what about MSI’s latest H55-GD65 motherboard? Does it also take advantage of the overclocking friendliness of the MSI OC Genie feature?  Let’s find out!

Features Worth Talking About 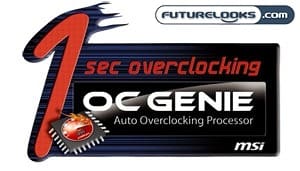 There are several features that set this board apart from the rest. Among them is the aforementioned OC Genie Auto Overclocking Processor. This is one of MSI’s latest motherboard innovations that allows any user to overclock their system, mainly the CPU’s Bus Clock, with a simple press of the button. As you press the button, the CPU Bus Clock (stock 133 MHz) will slowly increase in 1 MHz intervals which is nice for fine tuning. This a great feature for novice overclockers. 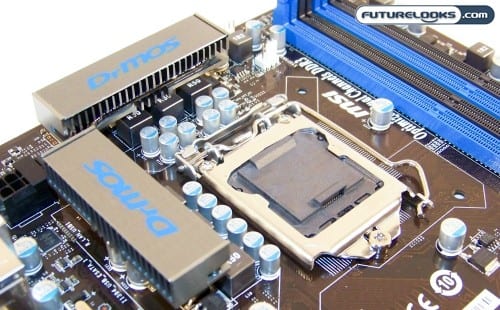 The H55-GD65 credits its stability to DrMOS which is MSI’s Phase PWM that cleans up electrical noise that can interfere with your overclocking success. Engineers believe that a single DrMOS Phase is better than a conventional MOSFET 4-Phase. APS (Active Phase Switching) also helps to manage power when the system needs it and saves power when you don’t. Based on experiences with their P55-GD65, we’re inclined to agree with the MSI engineers.

Lossless audio technology ensures that the integrated Realtek ALC889 Processor produces more reliable 24-bit/192kHz sampling rates over 7.1 channels. Simply put, it makes sure the audio quality is clear and accurate whether it be through the SPDIF, analog or HDMI ports. The INTEL integrated graphics fully supports HD video playback as well.

While MSI doesn’t support dual or redundant BIOS features, one can save the BIOS image to a flash drive and recover using that route. Called “M-Flash”, this feature should help cut down on unusual issues where the BIOS crashes or corrupts. Just make sure you use a good quality flash drive so it can be detected properly and reloaded in case of a BIOS melt down.

MSI also includes Winki which is a Linux quick boot distribution. You can boot into Winki through your DVD or USB drive to browse the web, listen to music, view photos, watch movies, Skype, instant message or use Open Office. It’s just an alternative OS that’s smaller than Windows for users who need quick, simple access without accessing the windows desktop.

Of course, we’ll be looking at many of these features and more as we proceed along in our review. More detailed specifications can be found on the MSI product page for those that like to brows “spec-pr0n”. 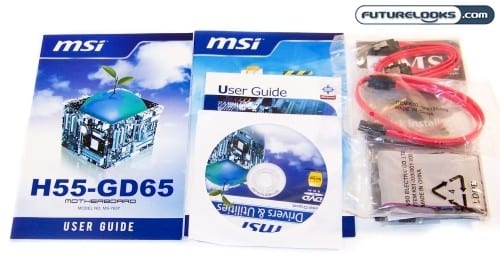 Well, how can we say it without saying it? We know the economy isn’t in its best form, but the included bundle, I feel,  is a little too light even for budget boards. But on the same note, it seems that every vendor is cutting back on that once glorious bundle that used to come with every board. Among MSI’s economy class bundle you’ll get a the flat legacy floppy and ATA cable along with two red SATA cables. At least the SATA cables have the metal locking clips, making them at least decent. There’s even a 4 pin MOLEX to SATA power adapter in case your PSU is lacking those spare SATA power connectors.

Of course you will continue to get the always handy User’s Guide and an extra manual devoted to setting up that Winki Linux distribution. As far as bundles go, this seems to be your bare minimum these days. There isn’t even a case badge which is something you may frequently find in ASUS or GIGABYTE bundles.