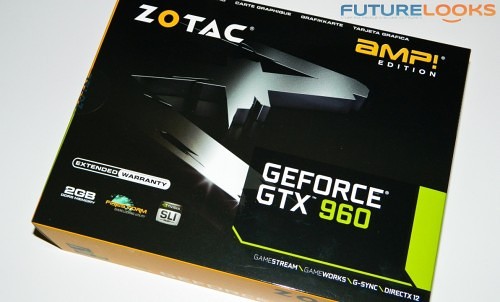 Last year, NVIDIA launched their GeForce GTX 9oo series cards, skipping any 8xx variations altogether. While the GTX 970 and GTX 980 serve the high end gamer well, most of us were looking for what NVIDIA would be doing for the mainstream gamers. Thankfully, just last week, NVIDIA launched the GTX 960.

Many of NVIDIA’s partners are producing super quiet video cards that run with lower power, running on the new Maxwell GPU. One of those cards is the ZOTAC GeForce GTX 960 AMP! Edition which offers all the base features but also has a factory overclocked GPU. Naturally, we’re wondering how well it can do 1080p gaming while staying cool and quiet, so we put the card through some hard work in the lab to find out. 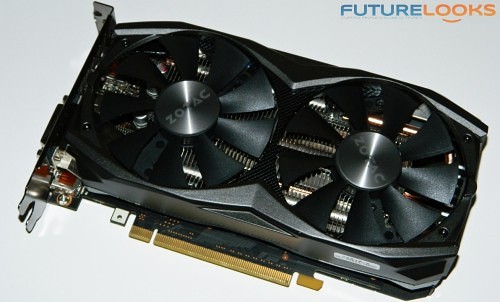 For a quick run down comparison, here is a table of the most interesting features and specifications shared by the closest Maxwell GPUs around. 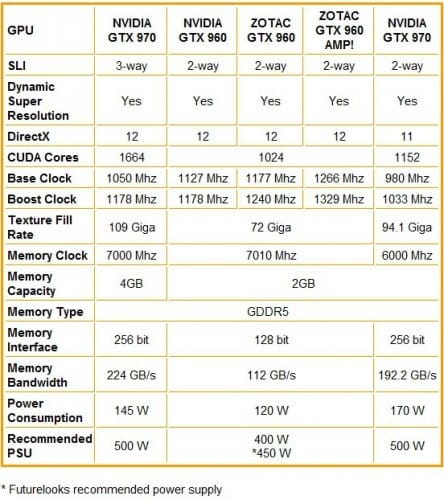 ZOTAC is all about frequencies! As you can see, the base frequencies and bandwidth of the ZOTAC GTX 960 are higher than the reference GPU. However, the ZOTAC GTX 960 AMP! sports even higher specs, staying true to the AMP! signature. They also have a lower end model in case you want to save a few dollars.

You’ll be happy to know that all of the latest NVIDIA technologies are supported on the GTX 960. This includes G-Sync, which replaces V-Sync, smoothing out graphics better than ever before, as long as you have a compatible monitor. DirectX 12 support also finds its way in, in anticipation of Windows 10, as does Dynamic Super Resolution that takes your 1080p display and adds a hint of 4K simulated details, and of course MFAA which produces better detailed edges and details but without the performance penalties of previous generation sample settings.

Pricing between a reference card and ZOTAC models is pretty close. The ZOTAC GTX 960 AMP! costs a measly $210 USD while the slightly overclocked GTX 960 will cost you $200 USD. This makes the AMP! Edition the optimal choice in our opinion. You can read up on them both right here in our recent post on them.

A Closer Look at the ZOTAC GeForce GTX 960 AMP! Edition 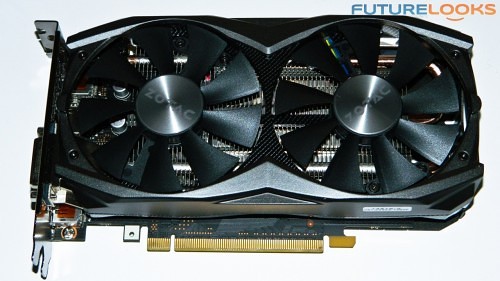 The ZOTAC GTX 960 AMP! Edition sports the company’s new ExoArmor cooler which uses two 90mm fans and their IceStorm cooling system (heatpipes/fins). There is also new technology onboard called FREEZE technology, which stops the fans at idle. As we noted in our initial post about ZOTAC’s new cards “the fans will stay off until temps reach 59C or when power consumption reaches 13 Watts. Whichever comes first”. They are virtually both silent in this mode and very quiet when gaming. In fact, the card was undetectable in the lab with a 16dB(A) ambient noise level. 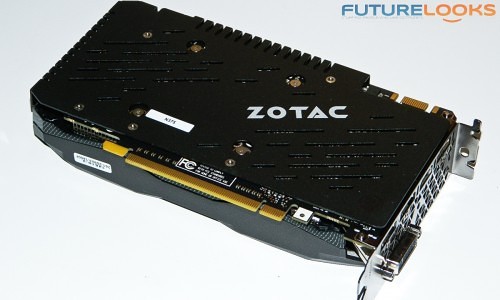 Finally, the GTX 960 AMP! has a cool looking vented thin aluminum back plate. Small spacers keep the PCB and plate separated, and this plate adds rigidity and durability to the GPU. It would take a considerable amount of pressure to alter its shape. It’s a nice attractive touch. Too bad there aren’t controllable LEDs under there because that would be sweet.

Let’s connect the card and test it!