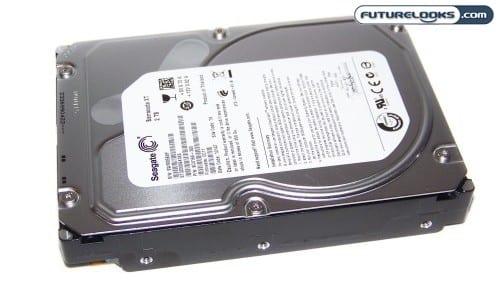 Now that motherboards with the Intel P55A Chipset are flooding the channels, it means USB 3.0 and SATA3 devices are going to become more popular. But, we’re just now starting to see these peripherals leaking in to the market albeit very slowly and in limited quantities. The first SATA3 hard drive to make it to the shelves was the Seagate Barracuda XT.

Seagate’s Barracuda line has been extremely popular among users on a budget looking for the biggest size money can buy. Hopefully this new line of drives gets some upgrades that we can see benefits from in the real world. Luckily, one of these little monsters have just landed on my desk so I’ll be able to tell you what those benefits are. 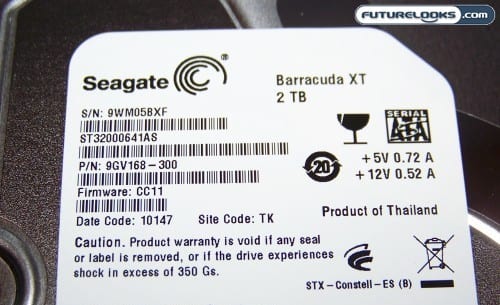 The Barracuda XT SATA3 (ST32000641AS) Hard Drive can only be purchased in a massive 2TB capacity. Since people are looking for more storage, whether they need it or not, this isn’t such a bad thing. One of the key features that augment the drives overall SATA3 performance is its 64MB Cache. Adding cache has been shown to improve troughput, or transfer rates, even in regular SATA2 drives.

The XT’s platters still spin at a nominal 7200 RPM. This keeps noise levels at a moderate level, but nowhere near the clatter that comes from a WD Velociraptor for example that spins at 10000 RPM. Past experience with the newest Barracuda drives revealed that they are just as quiet when inside a quality computer enclosure.

Power consumption average rates are listed as 6.39 watts at idle. Full load power consumption is not specified. However, we’re predicting it to be very similar to Western Digital’s 2TB Black Caviar drive which averaged 22 watts at load. That said, we’ll be measuring for our own numbers to see if it proves to be good news for database admins looking to add this in a new storage array in the server room.

Just as Big, But Heavier 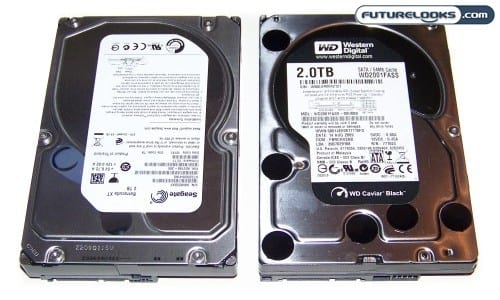 Case sizes of regular platter drives haven’t changed for over 10 years. They started off a little slimmer in the beginning, but then started to increase in thickness and weight as more platters are crammed inside the housing. Simply put, there just doesn’t seem like there’s anymore room.

Seagate drives have made the same consistent advancements as many other drives. In some instances, they were able to slim down 500GB SATA2 drives. And, in other cases, were able to cut down on some of those horrendous vibrations that are arguably the number one killer of platter drives. They’re quieter than ever before during regular operations.

The number two killer has been heat. In the past, drives required more power and when coupled with less advanced fluid mechanics, you simply get heat. And, lots of it! Some of the older drives on my test bench were almost too hot to touch at their maximum operating peak. As with any drive pushed to its limit, once the warranties have passed, they just end up in the trash.

These few things are on the minds of every administrator when their storage array maintenance schedule comes around. They should also be on the minds of regular consumers who store all their precious photos, videos and files on.