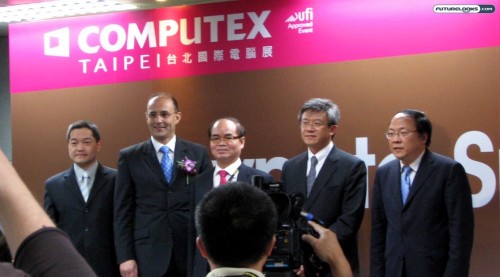 Part of the deal at COMPUTEX Taipei 2010 is to see what new gadgets and technology that the companies have to offer. Another part of the equation comes from seeing how the different companies perceive the current market and how they are going to approach the industry in the coming years. Think of it as a state of the union, so to speak.

It is with that frame of mind that I walked into the meeting room for the COMPUTEX keynote speeches. Four high-ranking executives were there to tell us exactly what to expect from their respective areas of interest in the years to come. So, what did they have to say? 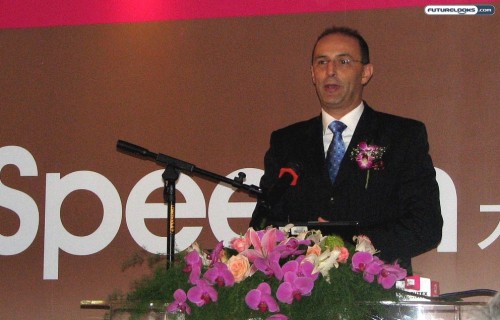 First up to bat was Mr. Chekib Akrout, AMD’s Senior Vice President of Technology Development. He was there to discuss the next era of computing, including how AMD was going to address the emerging trends in the PC market.

Akrout observed that the majority of the populace is more interested in both producing and consuming multimedia than ever before. Over 20 hours of video are uploaded to YouTube every minute and over 50 million digital media files are being added to personal libraries every day.

Not to be confused with the Kwik-E-Mart proprietor, APU stands for accelerated processing unit and it effectively combines an AMD x86 CPU with an ATi-sourced GPU on the same die. This way, they are able to access common memory without having to go all the way up and down the pipeline to access the same information.

The Bobcat x86 core is smaller and more efficient for optimized power consumption in mobile devices (including notebooks), whereas the Bulldozer x86 architecture can handle heavier lifting for desktops and servers.

Head to the AMD website to learn more about Fusion APU.

For the future of the PC gaming industry, we turned to ASUS Corporate Vice President Joe Hsieh. While I am more interested in titles like Rock Band and Street Fighter, there are still plenty of people who prefer to game on the PC.

In fact, Mr. Hsieh was quick to point out the rapidly growing segment of casual gamers and social gamers. This would include such offerings as Farmville and Mafia Wars, but the social nature of games like World of Warcraft can fall into this area too.