The Infinity Loop cooling technology went through 5 rounds of prototyping before finally coming up with a seamless and unique system that includes the pump, tubing, and radiator all under the shroud. It makes use of 120mm radiators with performance that goes head-to-head against 240mm radiators. For a graphics card such as this, you will need to ensure you have space as this RTX 2080 Ti will take up to 3 slots.

A custom circuit board from ROG Strix was used for Matrix too. It pushes the GPU core to 1815 MHz and the memory to GDDR6-14800 MHz. ASUS claims that only 5% of cards can achieve speeds like this out of box. The Matrix also has a super-sized heatsink that covers both the GPU and GDDR6 memory. For those who like to push their hardware to the limits, the ROG Matrix GeForce 2080 Ti can utilize the GPU Tweak II software for additional tuning. 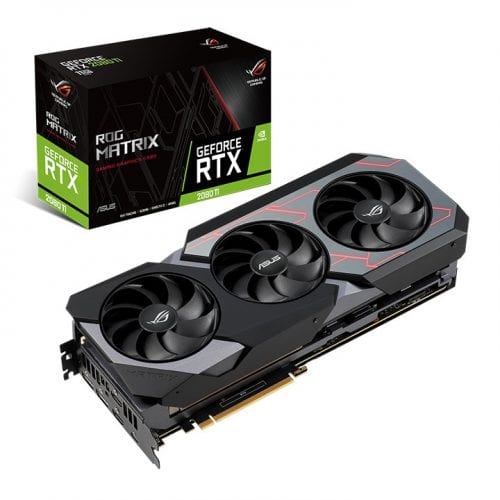 Shipments of the ASUS ROG Matrix GeForce 2080 Ti are scheduled for January 2019.