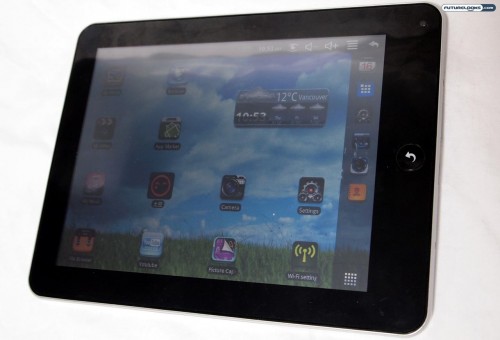 Tablets are kind of a big deal these days, but they can also be more money than you want to spend on that kind of device. Thankfully, there are more affordable options out there for you to consider. One such possibility is the MID M8003W Android tablet, which was graciously provided to us for review by Geeks.com. It borrows much of its styling cues from a certain iProduct, but this tablet costs about a quarter of the price and it comes powered by Google Android. Sounds good, right? 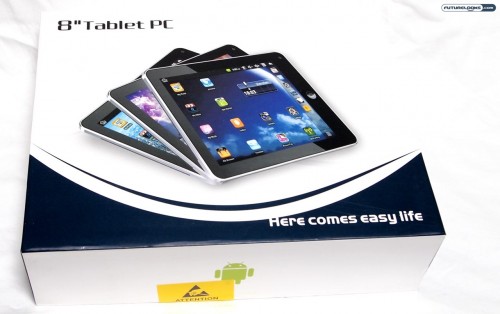 Take a look at the Apple iPad, BlackBerry PlayBook, Motorola Xoom, and countless other possibilities from the major players. What do they have in common? They are all priced in the $500+ range. This has opened up the market for cheap tablets and the MID M80003W is an example of this.

As far as features are concerned, you get a rather unconventional eight-inch touchscreen display with a 800×480 pixel resolution. Power comes by way of a VIA 8650 800MHz processor, backed with 2GB internal memory, 256MB RAM, microSDHC expansion, Android 2.2, 3MP camera, 3G wireless, 802.11b/g Wi-Fi, G-sensor, and a 2500mAh battery.

This doesn’t quite stand up to the 1GHz processors (and dual core processors) that are making their way into other Android tablets, but it’s also priced accordingly at just $149.99. We hope that it’s adequate for some basic tablet needs. 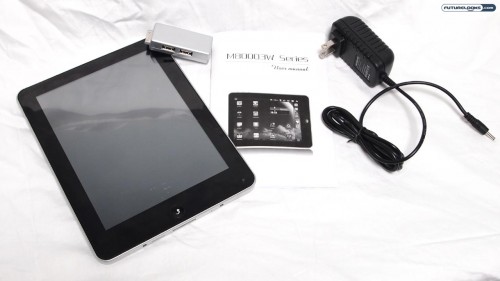 Strangely enough, the retail box carries next to no branding whatsoever. You get a clear mention that this is an 8″ tablet PC and “Andy” the Android guy is prominently displayed on the side, but there’s nothing that says it’s a MID, nor is there anything that says the model number is M80003. It is only when you open the box and take a look at the brief instruction manual that you get the model number. Clearly, they’re not selling this device based on brand recognition.

Along with the tablet itself, you get an AC power adapter, the aforementioned user manual, and an accessory dongle. The dongle gives you some additional ports that I’ll describe a little later in this review. 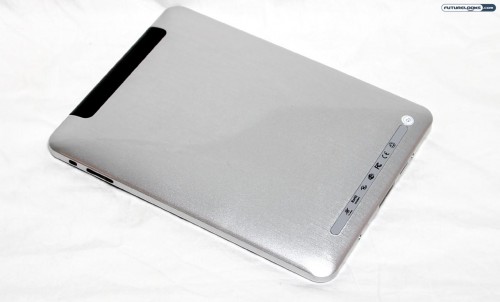 I’m going to be honest. I didn’t have the highest of expectations for this device, given its price relative to big brand alternatives, and the MID M80003W tablet stood up to that level of expectations. It feels cheap and it very much looks like a knockoff.

Remember when the first iPod knockoffs starting hitting the market, being sold as no name “MP4 players” with Apple-like designs? This tablet is much the same. It tries to mimic the look of the more expensive Cupertino offering, but comes up way short in build quality, design, and performance. It doesn’t really feel like it’s going to fall apart, per se, but it doesn’t feel all that solid either. But it costs a quarter of the price. And we will always come back to that huge pricing advantage until better quality, lower-priced alternatives start showing up.

Even if you choose to root a Nook Color, that’s still $250, which is almost double the price of this tablet. They’ve clearly cut some corners to get down to this price level and it shows.