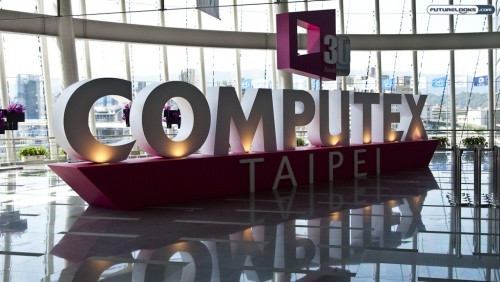 I’m a gadget-oriented kind of guy, so I was looking forward to find some cool gadgets on the COMPUTEX 2010 trade show floor. Some of the techie highlights from Pixel Qi, Arctic, Choiix, Cooler Master, Add On Technology, Qualcomm, and Lenovo were very impressive. Let’s check out some of these cool gadget innovations! 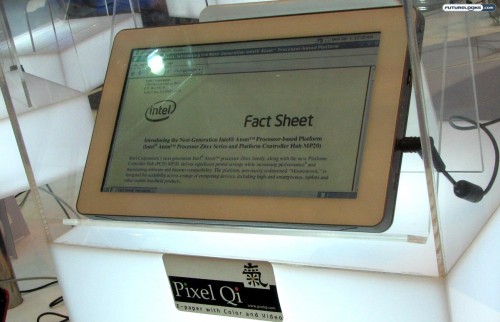 A lot of people have been comparing the Apple iPad with e-readers like the Amazon Kindle. Both types of display technology have their strengths, but they have their respective weaknesses as well. Finding some sort of middle ground between the two is Pixel Qi.

The company, to my knowledge, doesn’t produce any end products on its own, but it is the source for its unique e-paper display. What makes it different from other e-paper displays is that this one can do color and video. Dial up the brightness when you want and dial it down (or turn it off altogether) to conserve power when you want.

This kind of tech is being used in upcoming devices like the Notion Ink Adam tablet, but Pixel Qi is quick to point out that its anti-glare and high refresh rate display could just as easily be used in netbooks and other portable devices too. 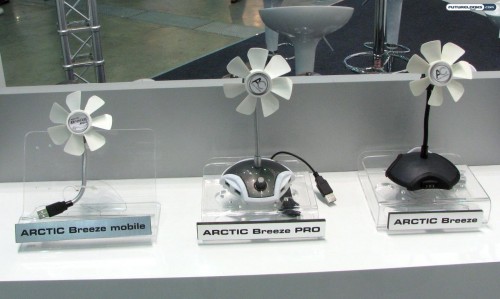 The company once known as Arctic Cooling is now officially known simply as Arctic. That’s because they are expanding their portfolio well beyond PC coolers. You might remember the Arctic Sound headsets I reviewed a short while back.

Another line in the company’s portfolio is the Arctic Breeze, represented here by three of its products. Arctic Breeze Mobile is the most minimalist of the three, but it’s the Arctic Breeze Pro that I want. It’ll keep you cool during hot summer days and it also acts as a four-port USB hub.

Arctic Solar Power on the Go Too 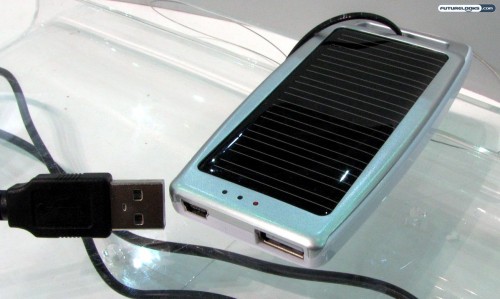 Speaking of hot summer days, you may be heading out to the beach or some other sunny spot in the next couple of months. This might mean that you’ll have a hard time finding a wall outlet to juice up that iPhone or power your portable speakers. Just as the tech is great for Bluetooth speakerphones, solar panels are great for portable power too. Such is the case with the Arctic C1 Mobile.

This compact solar device is no larger than a cell phone and it comes with an internal 4400mWh lithium-ion rechargeable battery. This power can then be output to any USB-compatible device. If you can’t wait for the sun, it can be charged via USB too.