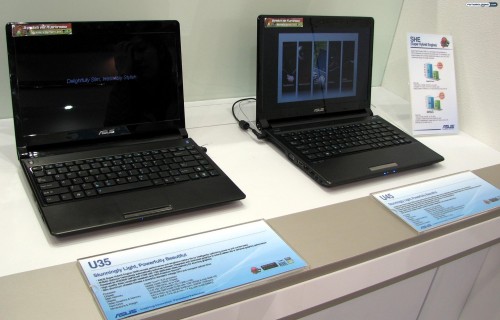 When COMPUTEX Taipei 2010 kicked off earlier this week, the organizers were quick to point out that the Taiwanese technology industry was shifting. It still produced core hardware and components, but more and more, they are looking at the design and innovation of end consumer electronics.

Asus has long since involved itself through this entire spectrum, including a huge range of personal computers. So, what did the tech giant have to offer in the realm of notebooks, netbooks, and other portable goodies? Let’s find out.

Going Light with Asus U Series

If you prefer thin and light designs, look no further than the U series of notebooks from Asus. Perhaps the most notable member of this group is the Asus U33 Bamboo Collection. Shown here, this notebook makes use of the sustainable bamboo material for its lid cover and wrist rest area. 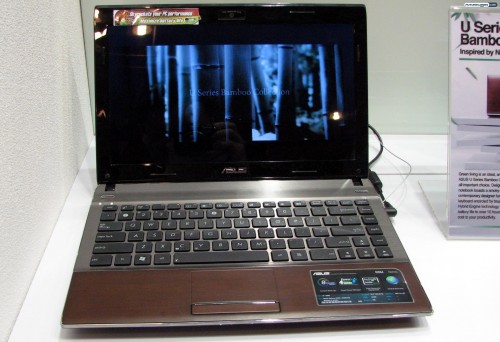 Getting beyond the bamboo, you can get the “regular” Asus U-series laptops in your choice of 13-, 14-, and 15-inch variants (U35, U45, and U52, respectively). They offer similar specs, like Intel Core processors and slim designs.

Entertain Me with Asus N Series 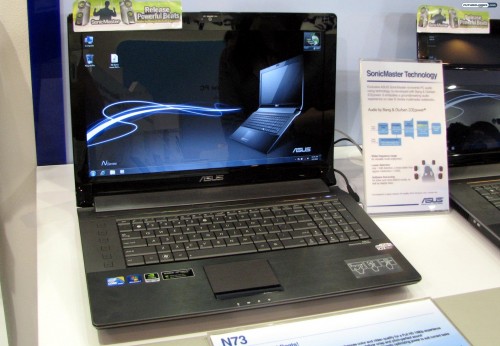 More into entertainment with big sound and high-def video? Then you’ll want to shift your attention to something like the Asus N73 notebook. While you could use a media player connected to an HDTV, a notebook is much more portable.

As with the U series, the N series comes in different sizes too with the N53 and N43. All three units have embedded webcams that have a small sliding shutter for “privacy” mode.

As entertaining as the N series may be, they pale in comparison to the Asus NX series. With the NX90, for instance, you can expect audio performance co-created by Bang & Olufsen ICEpower and Asus SonicMaster Premium.

See those full height speakers flanking the 18.4-inch full HD (1920×1080) display? Yeah, that’s what they’re talking about and — based on my experience with it in the testing room — these speakers are loud.

You’ll also notice that the trackpad has been moved from the regular wrist rest area, replaced by a polished aluminum. Instead, there are dual trackpads on either side of the keyboard. Asus says this makes for a more natural (almost DJ-like) user experience. The NX90 should sell in the $2,000 range later this year.