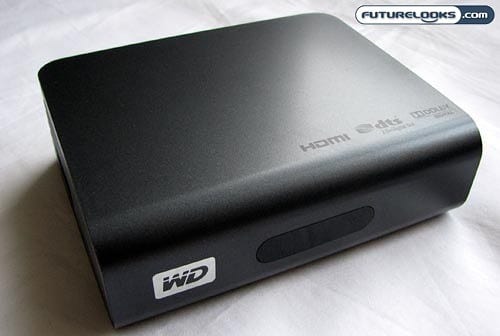 On the surface, the WD TV Live looks an awful look like its predecessor, but Western Digital has included a lot of important upgrades in this new unit. The “live” part of the name, for example, points toward its network-ready capabilities.

Measuring about the same size as the first WD TV, the Western Digital WD TV Live Media Player boasts full HD video playback and navigation with support for resolutions up to 1080p. This is a perfect fit for something like a 55-inch Samsung LCD HDTV in your living room. You don’t need a Blu-ray player to enjoy 1080p. 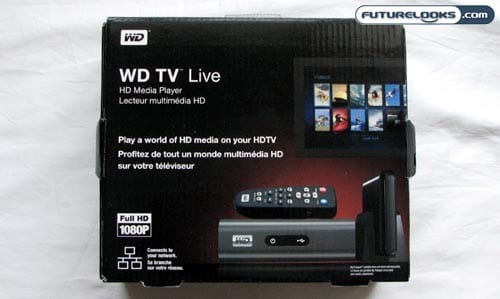 File support has been vastly improved in the WD TV Live as well, now allowing you to enjoy your “downloaded” MKV videos with the greatest of ease. It’ll also do music and pictures, as before, but the kicker is that all three of these elements can also be nabbed from network storage and the Internet. The online component here appears to be more robust than what you got with the Seagate FreeAgent Theater+, but it’s still not quite there. I’ll go into further detail a little later on in this review. 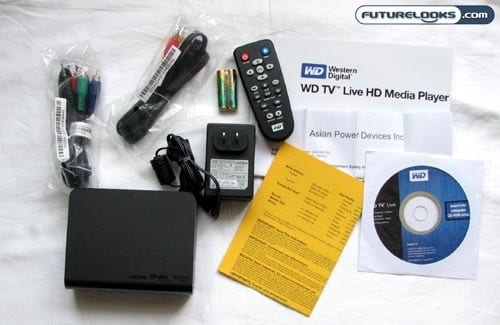 Looking inside the box, you’ll get the same kind of supplies that come with most other HD media players. In addition to the media player itself, you get a remote control with AAA batteries, AC power adapter, supporting documentation, and CD-ROM.

There are also cables for composite and component video included in the box. What’s interesting is that there is only one jack in the back for AV (red, white, yellow) and one jack for the component video. I suppose this simplifies the ports in the back, but it means that you may have a harder time finding replacement cables.

Also, while the Western Digital WD TV Live supports HDMI 1.3, there is no HDMI cable included in the box. Most other players are like this too, with the noted exception of the Patriot Box Office. You can find generic HDMI cables for $5 to $15, but it still would have been nice to find one included. 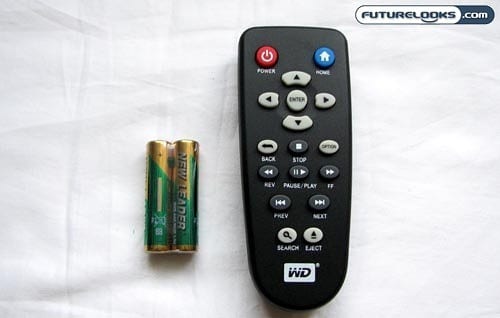 The remote control included with this media player is exactly the same one that we got with the original. It is utterly simple and basic, giving you the bare essentials for navigating through the on-screen menus. For the most part, it works just fine. If your technophobic mom knows how to use a DVD player, she should be able to understand how to use the WD TV Live.