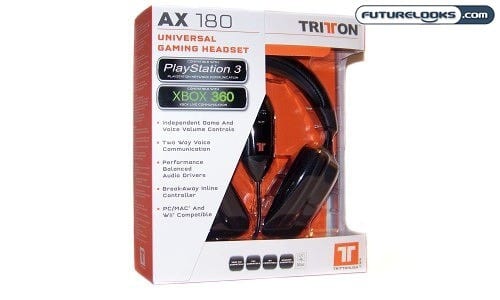 Everywhere you look, there’s a gaming console set up next to your Big TV. Chances are you pipe the audio through the family home theater system or stereo system because it sounds so that much better. Nothing can beat the immense audio experience you get from screaming down European race ways, or calling in an air strike on all your foes for all to hear. But, what do you do when it’s late at night and you can’t blast the audio?

What you need now is a gaming headset, but not any old headset is going to cut it. This is especially true if you like some semblance of that same experience you get from your home audio system. You need a headset from someone who knows all about gamers and how they like their audio. Might we suggest checking out the AX180 Gaming Headset from Tritton Technologies?

The headset features full 2-way communication with its independent game and voice volume controls. No more having to pause the PC or Console game to adjust your settings. It utilizes standard stereo analog jacks and a USB microphone which works with Playstation 3, Xbox 360, PC, and Mac. The flexible mic is easily removable in case you don’t like using it, or perhaps you don’t want your little ones talking to strangers in game. 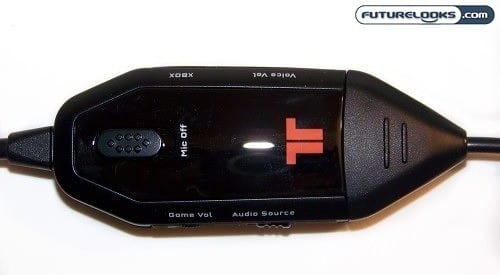 Similar to the AX51 Pro Gaming Headset we reviewed a few weeks back, the AX 180 has an Inline Audio Controller with independent Chat Volume Controls and selectable Audio Source for both PS3 (PC1) and Xbox 360 (PC2). There’s a built in controller port for your Xbox 360 controller as well with volume control.

Inside the headset are 2 x 40mm 106dB Drivers. That 106dB means you can expect some deep, rich audio at all times without distortion. Frequency Response is rated at 25-22KHz with a Total Harmonic Distortion of -97 dB. That 25Hz should produce some decent lows when you’re cruising around in Forza racing. 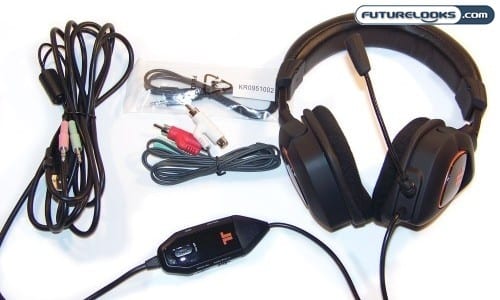 The AX180 bundle is very simple. Besides the headset, you’ll find a 3.5mm male end analog extension cable. This one will likely best serve Xbox 360 gamers. There’s also a dual RCA to 3.5mm analog port adapter. The nice thing about the RCA-analog wire is that the RCA jacks allow you to piggy back any existing RCA cables going to other components. This way, you don’t lose any connectivity to your home audio source.

The same cables work for the PS3, Xbox 360, and Wii though it will require a different configuration for the Wii which is not officially supported. Let’s move forward. 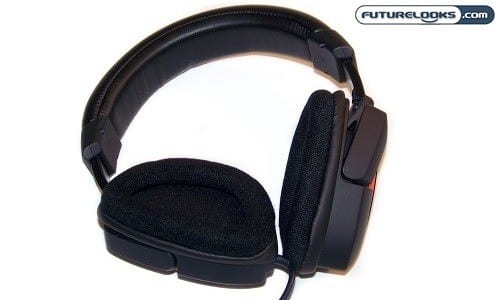 Taking a moment to check for comfort and function, the AX 180 are quite light weight and are seemingly built for regular and extremely “mobile” players. Console gamers like to get into their games whether it be racing or jumping around to Guitar Hero. That’s why the head band is tuned and tightened up so they don’t fall off while you’re going crazy to your favourite game.

The head band fits evenly flat across the top of your head and the cups actually grip against your head and not the ears which means far less chance of fatigue. Equally nice is how the headset cups your ears without putting any pressure on them. I imagine it took quite a few designs to get this just right. Non-cup designs are never comfortable nor are built for long term use like the AX180s.

As for durability, the outside of the headset themselves are covered by a light, black rubber layer. That gives them a really nice quality feel not to mention, protects them a bit. I’m sure it also helps direct sound and limit distorted vibrations you can get from the plastic housing. Whatever the reason, it works.