One of the first companies that the Taiwan External Trade Development Council (TAITRA) put us on a bus and sent us off to see was none other than ACER, global company who’s products are in nearly every major computer and electronics retailer on the planet. And of course, the company is proudly Taiwanese.

In much of the world, ACER is best known for their notebooks, tablets, and in some markets their smartphones. They are also often mixed up with another ‘Made in Taiwan’ company that rhymes with ‘aces’, and it would seem like they are doing similar things these days. The company has even made some recent innovations to further integrate themselves into other aspects of people’s lives, including sports like cycling (Xplova) and ways to help seniors access the Internet more easily (GrandPad). But as PC enthusiasts, the revival of their Predator brand is of most interest because it brings with it new products for gamers. 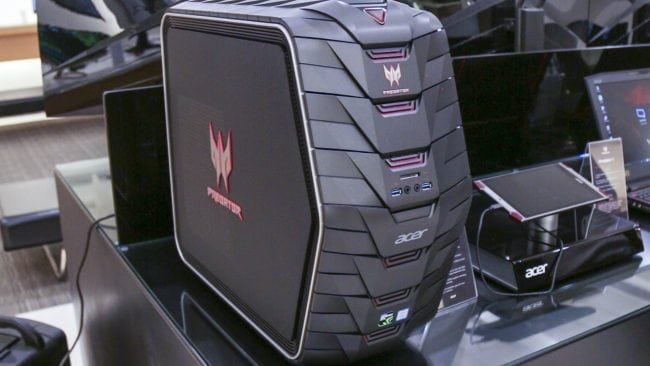 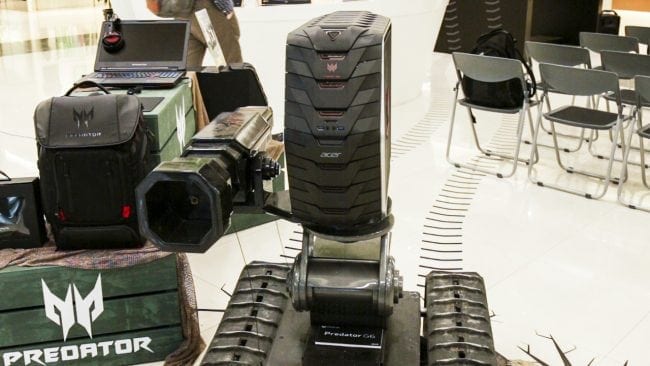 The Predator brand extends to both their gaming notebooks, desktops, monitors, and even tablets and smartphones. Built for gaming, the products have a striking new design DNA that is a direct result of the company’s new in-house design department, and are tweaked for performance. While the Predator name sounds like it was dusted off, ACER has made a real effort to make this next try with the brand something different. As a gaming performance brand the right hardware is very important and the desktop system incorporate all the latest components, while retaining the ability to easily upgrade just like any other PC. 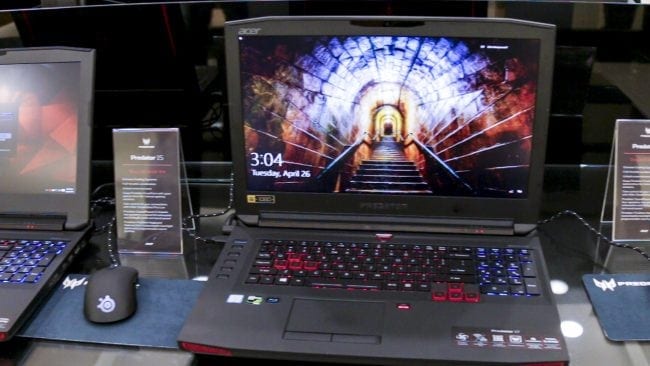 Much of that additional engineering has gone into their notebook line which incorporates a cooling system with metal fans, instead of the standard plastic ones, plus one additional fan in the larger 17 inch model that moves additional hot air away from the components. This, along with the latest GPUs and CPUs will serve gamers demanding the highest portable performance well.

But the other aspect of the brand is to align the premium price with a better warranty and a support team that actually games and can answer those game specific questions that don’t sound like they came from a book. This may be the most ambitious part of their offering and is a process that the company admits is still a work in progress.