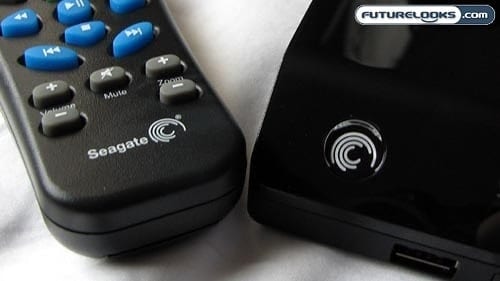 Is there something in the air? Maybe in the water? It seems that so many companies that once focused on other areas, like memory and motherboards, have suddenly acquired a taste for consumer electronics and they’re all gravitating toward the appeal of HD media players.

I’m not talking about iPod competitors. Instead, it seems that one of the fastest growing segments is the media player that connects to your home theater and HDTV. The Apple TV doesn’t have this market cornered anymore, because we’re taking a look at the Seagate FreeAgent Theater +, the latest in the recent onslaught of media players. The box may look familiar, but the innards just might whet your appetite again. 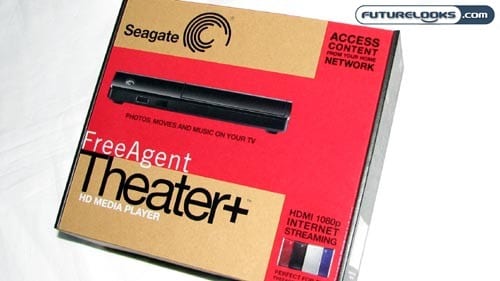 The aesthetics are much the same with a similar glossy black surface and slim profile, but the hardware buttons on the top have been removed. The model here is the STCEA201-RK and it comes on its lonesome, but you can opt for the ST905004CEA2E1-RK to get an included 500GB FreeAgent Go.

There are three major “pluses” to warrant the new name. There’s an HDMI port for full HD output, an Ethernet port for network possibilities, and a digital optical audio port for surround sound. You also get better file support and a refreshed user interface. 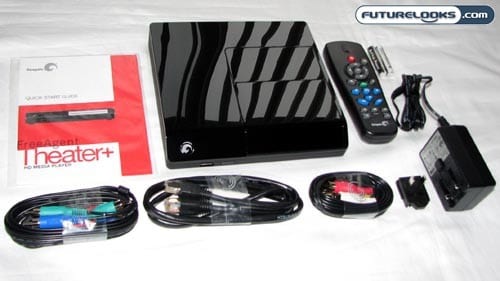 Even though this particular configuration does not come with any storage of its own, you can easily supply it on your own using any number of different USB flash drives and hard drives. There is also the slot to accept a Seagate FreeAgent Go portable hard drive, not to mention the LAN port in the back to access content on your network.

Looking inside the box for the Seagate FreeAgent Theater+ Media Player, we find the device itself, along with the supporting documentation, a set of component cables, an RJ45 Ethernet cable, composite A/V cable, a wall adapter, remote control, and AAA batteries for the remote.

You could certainly use the provided component cables with this, but if you’ve got something like a massive Samsung 52-inch LCD HDTV, you’ll need to bring two cables of your own: HDMI and optical audio. Aside from that, you should be good to go. 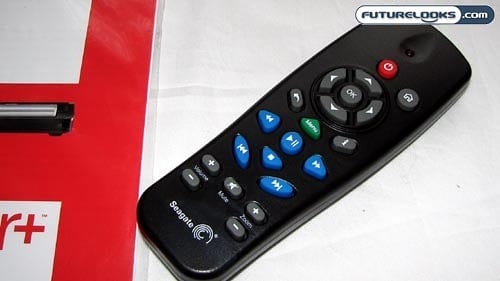 The remote has been heavily redesigned from the previous outing. It’s certainly a lot more colorful than the original, but I think the layout is more intuitive than before. Being able to hit the play/pause, rewind, and fast forward buttons without looking is easier, thanks to a “five-way navigator” style orientation.

I can’t say for certain whether this was on purpose, but there’s something about the new Seagate FreeAgent Theater + remote that reminds me of remote controls for entry-level Samsung LCD TVs. No real complaints on this front.