Swinging around to the back, you’ll find some minor changes have been made compared to the original WD TV from Western Digital. First, it’s grey in the back, which makes the text above each port a little easier to read. Second, the regular composite video and RCA jacks have been replaced with an AV Out port and component video combination port.

The HDMI port has made the transition to the new unit, thankfully, and it is still accompanies by a port for optical audio. This will give you the opportunity to enjoy 5.1 surround sound audio if your video files have been encoded as such. The USB port in the back is still there too, but it is now vertical instead of horizontal.

Unlike the Asus O! Play HDP-R1, there is no eSATA port on this player. Most consumers stick with USB, but you eSATA guys will have to look elsewhere. 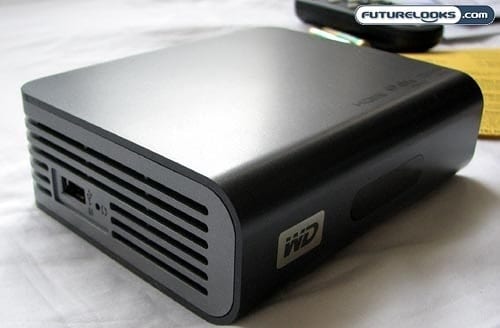 As before, Western Digital has included a second USB port along the left side of the device. This is much easier to access than the one in the back, but I still would have preferred a USB port in the front for even easier access. You have to remember that there is no internal storage in this player, unlike the Patriot Box Office, so you’ll be making good use of the USB port on a fairly frequent basis. 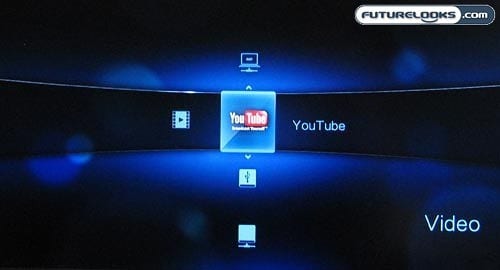 The user interface on the WD TV Live is similar to its predecessor, but I think that Western Digital has improved on it. If you are familiar with XMB on the PlayStation 3, then you may have a good idea about how this works.

While the primary axis in the PlayStation’s XMB is horizontal, the WD TV Live uses a vertical access to see the main menu components like music and videos. After you select this high-level element, you can either press the “right” button or the “Enter” button to move deeper into the menu. From here, you choose the source. Under video, for instance, you can look into the USB-attached storage, network storage, or YouTube.

I like the user interface on this player, especially since there are some subtle animations for transitioning between screens, but it can seem a little sluggish at times. It’s also quite pleasing to see that when a new firmware version is available that you can see this right from the menu without having to “check” first. 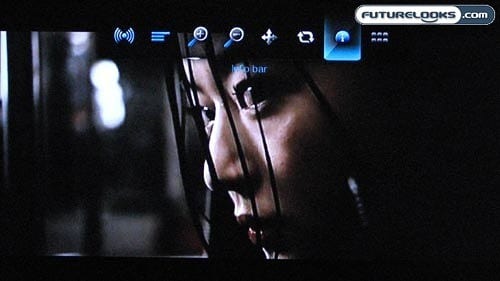 Naturally, your performance will vary considerably based on the quality of the original video file, the quality and size of your HDTV, and your chosen connection option.

In my experience, I tried a variety of different video formats and compression ratios to see what this thing could do. For the most part, the video was perfectly watchable and I would place it on par with most DVD players. Is it quite up to snuff with 1080p-playing Blu-ray discs? Probably not, but most consumers will not be displeased with its performance.