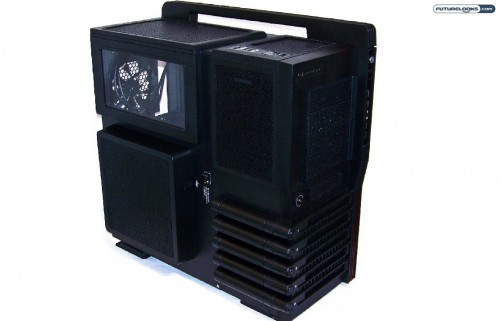 If you’re a computer enthusiast, then you’ve probably heard about Thermaltake’s Level 10 computer case, which was designed in conjunction with BMW Designers. You probably dreamed about owning the sizeable aluminum case and where the $800 USD needed to buy one, will come from. The reality for most of us is that we just aren’t able to afford one. But, that doesn’t mean we’re completely out of luck.

Thermaltake saw the potential in creating something more affordable but still said “Level 10”. The result of this creativity became a case called the Level 10 GT; a much lighter, more affordable sibling that employs many of the features that made the original Level 10 legendary. Let’s see if that’s true! 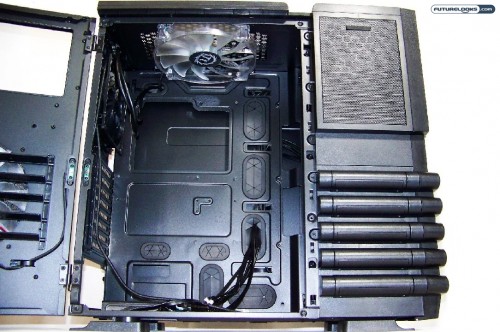 At first glance, you wouldn’t know that the Level 10 GT (L10GT) is tooless, offers removable drive bays, has extra security measures, and lots of space for cable management. That’s why we’ve lovingly crafted a video that takes you through every nook and cranny of this new case. Grab a coffee and check out the video below…

It’s important to note that even though the L10GT is not made with the same quality aluminum used in the original Level 10. The GT is far lighter, making it easier to manage at a LAN party. Yet it still feels very sturdy, especially around the expansion slots. That’s good news for system integrators who’ve already found this chassis to be worthy of doing battle with the “Men In Brown” when building systems to ship to customers. It doesn’t give way to anyone and for a lack of a better phrase, “it’s toight!”

Using high quality, standard steel construction, the L10GT is able to shave off a massive amount off the original cost. Instead of paying $800 USD for aluminum construction, this case costs around $269 USD or less depending on the retailer. The level of attention engineers gave this case seems to make it worth it on paper. Hopefully we make the same conclusion by the end of this review as well. 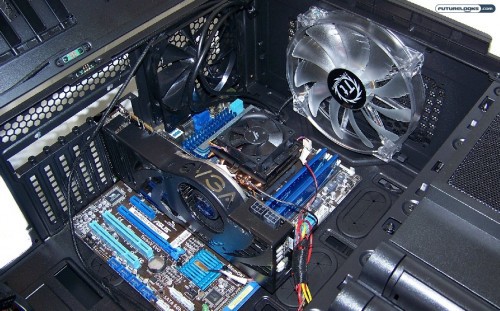 Once again, we’re using the hottest components we can find to assemble our test system. We want to find out if this computer case can handle today’s super hot systems. Here’s the system breakdown:

We placed the five sensors from the Sentry LXE on the lower side of the AMD retail CPU cooler, back of the video card’s PCB, on the hard drive, and on the north and south bridge heat sinks. We use these sensors on the outside of the sinks to monitor air flow and temps since the components underneath tend to get hot if air doesn’t properly hit these areas. The temperatures will easily be reflected when compared to the base line temps included in the graphs. The case’s system temps were recorded at idle and load with the fans on and off.