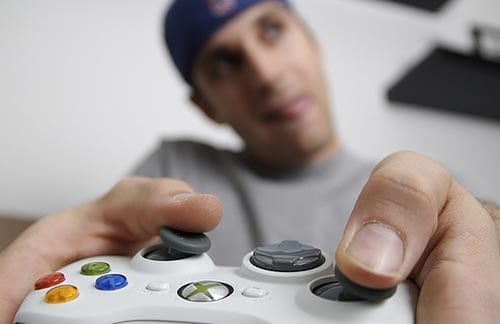 I know. I’ve been there. I’ve done that. Not only are you surrounded by a chorus of groans because it’s time to hit the books again; you’re feeling a little lonely because you’re heading off to college on your own and you don’t know anyone there. Guess what? There is one fantastic way to make some new friends.

Yes, part of going back to school has to do with learning, but you need to make friends and have some fun too. Video games can fit that bill to a tee, collecting people of similar interests together in some friendly competition.

Xbox 360 – Halo: Reach Finishes the Fight For the LAST Time

As you can probably expect, Halo: Reach is a first-person shooter that largely plays like other games in the series, but you’re not playing as Master Chief. Instead, you’re a member of an elite squad of Spartans known as Noble Team on the human colony of Reach, just weeks before the events of the first Halo game.

The multi-player modes in Halo: Reach are great for fragging a few new friends in modes like Headhunter, as well as cooperating with them in the Firefight mode that you might remember seeing in Halo 3: ODST. And to make sure that new female friends can get into and related to the game more easily, there’s a female Spartan for the first time too.

With a distinct level up in difficulty in this final “Hoo-Rah” to the epic Halo franchise, you’ll definitely need to keep your friends close. It’s available right now at your favourite online retailers.

Whereas the Xbox 360 can enjoy the exclusive rights to hardcore console gaming titles like Halo: Reach, the fans of the Nintendo Wii have some slightly lighter fare to play. This can help to attract a more varied group of friends, since there are quite a few people who are intimidated by games like Halo or being called a n00b by more seasoned vets.

Continuing with the minigame tradition on the Wii is the suitably named Wii Party, which we saw at E3 earlier this year. Part of the game is similar to the Mario Party franchise (it’s called Globe Trot), but you get to play with your Mii characters. There are a total of 13 different game modes and an incredible assortment of 80 different mini-games. There’s even a hide and seek-inspired game where one player hides the Wii Remote and other players have to retrieve them before the time runs out.

Wii party is available October 3rd, 2010 and can probably be pre-ordered at many online retailers or at your local big box store.

The rhythm game genre has really skyrocketed to the top in recent years, but what if your new friends don’t want to pick up a plastic guitar? A good alternative to the dorm room music party is a game like SingStar: Dance, exclusively available on the PlayStation 3.

You can play this like how you’ve played the many other SingStar games in the past. Simply sing your favorite songs in a karaoke-like environment in front of total strangers who should become your friends by the end of the night. SingStar: Dance also gives you a unique experience with the new PS Move peripheral, allowing you (and your new friends) to dance to the music too.

Singstar: Dance for the Playstation 3 is available November 2, 2010 and should be available at all sorts of online or big box retailers when it launches. Or you can have Amazon drop it off when it comes out a little later this semester.