Search
Home
Reviews
Tenda AC9 AC1200 Smart Dual-Band Router Review
If you're looking for a wireless-AC router packed with all the bells and whistles without a premium price tag, the Tenda AC9 could be one of the best options today.
Pros
Cons
2016-09-19
8.5Overall Score
Prev1 of 2Next

Most regular Joe and Jane consumers will likely agree that wireless routers aren’t exactly the most exciting of products. You just want a router that is easy to set up, easy to configure, and offers the performance that you desire to handle your day to day connectivity needs. But that’s because most routers fall into one of two camps. There are the very basic routers that are easy to use and there are the more advanced routers that aren’t nearly as accessible to the average user.

Aiming to fill the void by offering both a robust feature set and a user friendly design is the Tenda AC9, an AC1200 wireless router with smart dual band technology and a browser-based user interface that even technophobes can understand.

Tenda AC9 Specs at a Glance 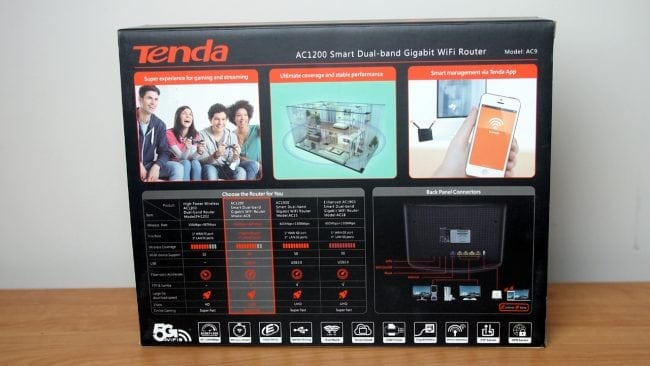 Priced at just $60, the Tenda AC9 sounds like it should fit into the more budget-oriented end of the product spectrum. If that is indeed the case — Tenda has at least a couple of other routers that are higher spec’d than this one — then this router is easily punching above its weight class. Yes, it is “just” an AC1200 router, meaning you get up to 300 Mbps on the 2.4GHz band and up to 867 Mbps on the 5GHz band for a combined throughput of almost 1200 Mbps.

Most consumer-grade Internet connections don’t get quite that fast, but you’ll appreciate the higher speeds for data transfers within your network, like accessing your NAS or streaming video from your PC to your TV. Tenda says that this router is good enough for “super fast” online gaming and UHD video streaming, supporting up to 20 concurrent connected devices. 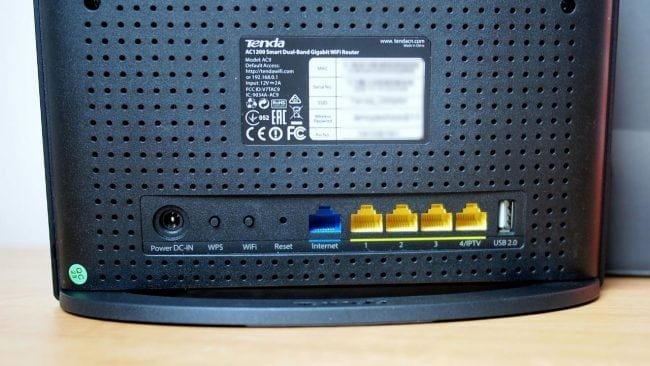 Some other notable features include the built-in support for wireless repeating, in case you just want to use this router to extend an existing network, as well as FTP server, VPN server and Samba support. On the back side of the Tenda AC9, you’ll find four Gigabit LAN ports, plus a single USB 2.0 port for mass storage or a shared USB printer.

In addition to the standard WPS button for ease of connectivity, you’ll also find a WiFi on/off button. It’s a little curious, since there is no actual on/off button for the router itself, but you can enable and disable the WiFi part of it by pressing this button. Part of that arises because the UI allows for a scheduled “sleep” mode where you can “wake” the router by pressing this button. 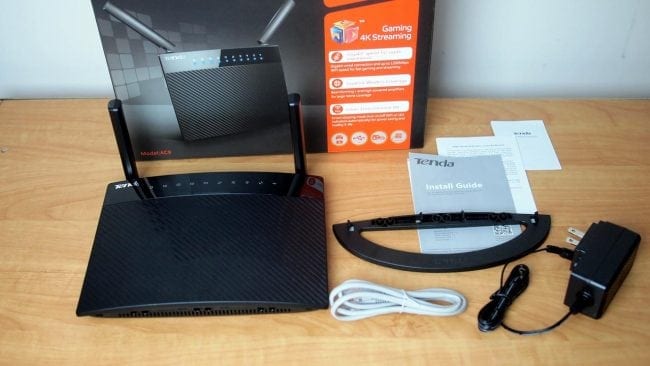 The retail packaging for the Tenda AC9 outlines just about all of the main features on the box, so there’s no real confusion should you find this router in a brick-and-mortar retail store. It even compares it against some other Tenda routers so you can make the best decision to suit your particular situation.

The actual contents of the box aren’t terribly exciting, but they are perfectly comprehensive with everything that you need to get started. In addition to the main Tenda AC9 unit, you’ll find a small base so that the router can stand vertically. There’s also the AC wall adapter, Ethernet cable, and basic documentation. I’m still not a big fan of the larger power adapters that typically ship with devices like this, as they tend to be less than ideal on a power bar or UPS. I’d almost prefer the power brick or perhaps even something integrated into the base. 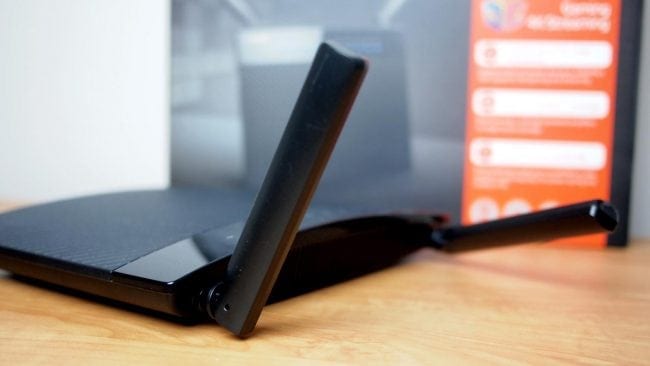 As can be expected for an AC1200 router, the Tenda AC9 comes with two antennas that can be rotated and angled about to provide the best possible coverage in your home or office. They are not infinitely rotatable, however, so you’ll need to fiddle around with them to find the orientation that you like best. It should also be noted that, as far as I can tell, these antenna are not user-upgradeable.

All of the indicator lights are aligned in a single row across the top of the router and they illuminate blue when active. There are no real surprises here with indicator lights for LAN activity across each of the four Gigabit ports, network activity across both bands, and so on. What’s great is that you can disable these lights if you’d like within the browser-based UI, in case you have your router set up some place where the lighting may prove distracting.

The design of the actual router itself is not particularly inspired, with a series of angular lines across the lower 2/3 and the glossy black portion on top with the lights. There’s a dash of style, but not much. The build quality is equally unimpressive, consisting of the same thin plastic you find just about everywhere else. That said, both the design and build are perfectly functional and adequate.