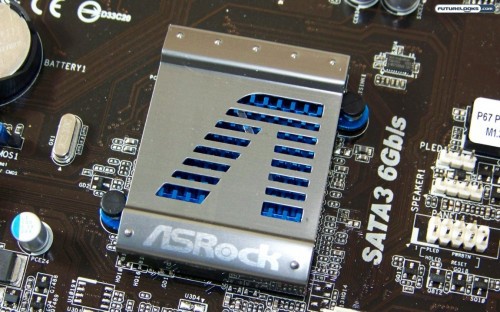 There’s something about a board with a single PCI Express slot that seems to make it weaker somehow. The fact is, the large majority of computer users out there only use a single video card. That makes spending the extra money on a board with features you’ll never use kind of a waste. And, given economic uncertainties, there are a lot of people looking to make the cheapest jump possible to new technology like INTEL’s Sandy Bridge. That’s where the new ASRock P67 Pro3 motherboard seems to excel. Let’s see if “super budget” means more or less performance. 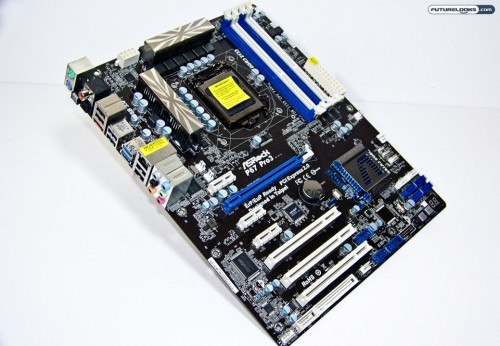 The goal of the ASRock P67 Pro3 seems to be two fold. It’s made extremely affordable by cutting back on features that really aren’t needed by those on a budget. It’s also designed to make upgrading less financially painful, making the move to Sandy Bridge less expensive. Yet in all its cost cutting, it still provides the latest features which are signatures of the P67 chipset like SATA 6Gbps and USB 3.0. It also supports the unlocked Intel K series processors that offer unlocked multipliers and overclocking potential.

To give you a really good idea of what the board looks like, and a quick overview of the key features, check out our video unboxing of this board below:

It is strange to see so many regular PCI expansion slots, but the board is built as an uprade solution, allowing you to take those expansion cards with you from your old platform. But one of the coolest features is the ability to use your old LGA 775 cooler, thus saving you even more money. Since Sandy Bridge uses lower power consumption than LGA 775 processors, the older coolers should be more than a match for the new hotness. 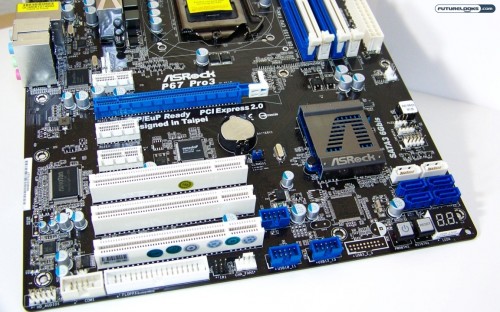 The P67 Pro 3 is also the most affordable motherboard we’ve seen that comes with an EUFI BIOS. Having onboard power and reset buttons is kind of a bonus as well and the Reset BIOS switch in the back is also a nice touch. The oddest thing we noticed on this board is the FDD or floppy disk drive port at the bottom opposite of the buttons. If you’re going to offer a FDD port, you might as well offer an IDE port. Given today’s advancements in flash drives, this is essentially an antiquated feature that should be omitted if not avoided on boards supporting the latest technology.

How much does the board cost? It’s been seen ranging from $139.99 to $129.99 depending on the retailer. At this price, there’s very little chance of seeing any extra rebates. Any cheaper and you’ll have to make the move down to an H67, Q67, or H61 series board. There’s very little in the way of overclocking when you go that route. Let’s take the Pro3 for a spin! 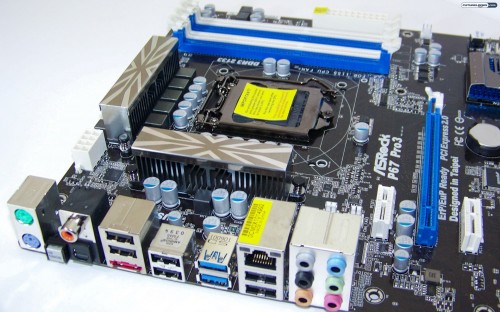 Since it doesn’t take two PCIe 2.0 slots to make a motherboard worthy of gaming, we’ll still be using one of the capable NVIDIA Geforce GTX 560 Ti video cards in our arsenal, which is a fantastic card at its price point. Here’s the break down.

Except for the SSD and 2133MHz Kingston Genesis DDR3 memory which are used for confirmation of support, this is a pretty simple machine to duplicate at a modest budget. Especially when opting for some 1600MHz Genesis memory instead of the higher clocked versions. Tests are all performed at 1333MHz to represent an entry level system’s performance. Let’s get testing shall we?