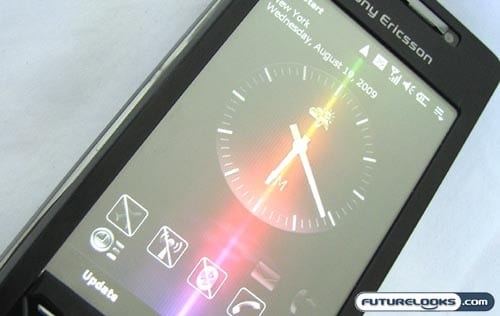 For better or for worse, Sony Ericsson isn’t exactly the first name that comes to mind for me when I think about smartphones. That’s not to say that the company doesn’t make quality handsets; it’s just that I’m more familiar with the Walkman line of music phones and the Cyber-shot line of camera phones. Well, they’ve got a hot smartphone too and it is known as the Sony Ericsson XPERIA X1.

When the XPERIA first hit the market, you could have expected to pay about $1,000 for it. That’s quite the premium for a smartphone, but the price has thankfully come down substantially since then. In fact, you can find the XPERIA online for about $500 these days and, if you’re willing to sign a contract, some carriers will sell it to you for $200 to $300 with a service agreement.

How does Sony Ericsson’s major smartphone entry compare against its Nokia, iPhone, and BlackBerry competitors? Let’s find out.

Checking Out the Features 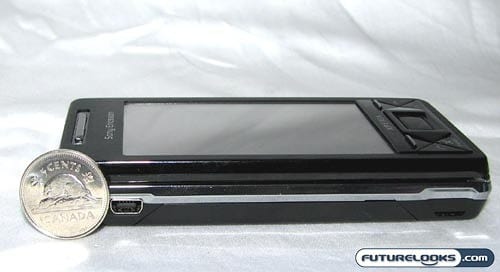 On paper, the Sony Ericsson XPERIA X1 brings a heck of a lot to the table, boasting a high resolution camera, touchscreen display, QWERTY keyboard, and a unique user interface. It really sounds like it has everything you’d want in a phone.

The Sony Ericsson XPERIA X1, which is actually sourced out to HTC of Taiwan, is available in Solid Black (as shown) and Steel Silver.

What Accessories Are Included?

As if the spec sheet and feature set weren’t enough to whet your whistle with interest, it’s also nice to see that Sony Ericsson didn’t skimp out too much on the free bundled accessories. 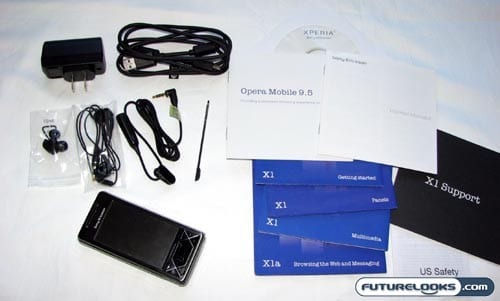 Inside the cleverly designed box, you’ll find three distinct compartments to house the various elements. A padded portion is dedicated to showcasing the phone itself. In one of the bigger boxes inside, you get a USB cable, wall charger adapter (which uses the USB cable), an extra stylus, earphones, ear tips for the earphones, and a headphone extension cable that contains the remote and microphone for handsfree voice calls.

In a separate box, you get an installation CD and all sorts of supporting documentation. Strangely, you don’t get a single unified instruction manual; it’s broken down into several smaller booklets.

There are still a few missing elements here that you’ll need to buy yourself, however. If you plan on watching any movies, listening to any music, or snapping more than a handful of high resolution pictures, you’ll want to invest in a large microSD memory card. To protect it from bumps and bruises, a protective case of some kind might be useful too.