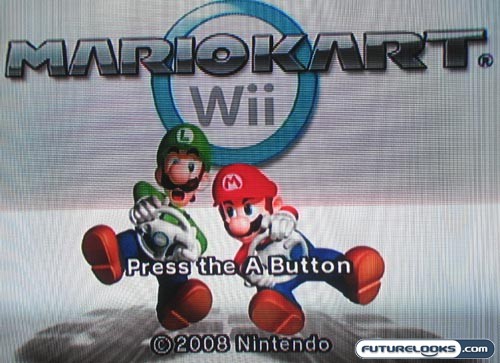 I remember playing the first Super Mario Kart on the old Super Nintendo Entertainment System. The graphics were nowhere near as good as they are today, but the first Mario Kart really opened up a whole new world of racing games. As time went on, I progressed to extract a fair bit of enjoyment out of sequels like Mario Kart 64 and Mario Kart DS. If you’ve ever played any of these shell-filled racers in the past, you’ll know exactly what to expect from the latest iteration in the series: Mario Kart Wii.

Just as Nintendo did with Super Smash Bros. Brawl, they took an existing formula that worked very well, added a couple of extras to spruce up the experience, and pumped out yet another instant classic. Mario Kart Wii is not the best Kart game in the series, but it’s still a lot of fun. And it will continue to be fun for years to come.

Racing with the Wii Wheel

One of the innovative things to be introduced with Mario Kart Wii is the Wii Wheel. This isn’t the first time that we’ve seen a steering wheel attachment for the Nintendo Wii — GT Pro Series, a launch title, came with a steering wheel — but that doesn’t mean that it’s worth mentioning. 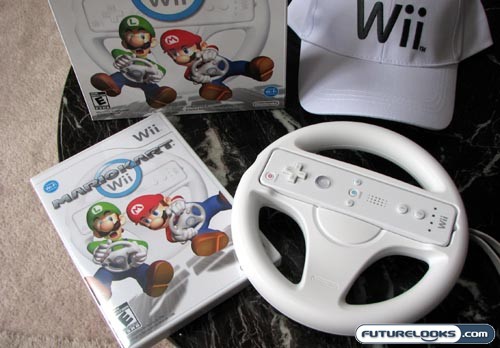 Essentially, the Wii Wheel works as a plastic shell for the Wii Remote. You hold the steering wheel vertically, turning it to the left and right to steer. The accelerator is mapped to one of the face buttons on the right and weapons are used by pressing the directional pad. The B button is extended through to the back of the Wii Wheel and this is used for braking, drifting, and boosting.

You’ll also notice that there is a plastic lens on one side of the Wii Wheel, allowing the infrared end of the Wii Remote to still be functional. It’s also quite notable that there really is no real mechanism for holding the Wii Remote in place. It just fits in snugly and you hope it doesn’t pop out (it never did in my testing). 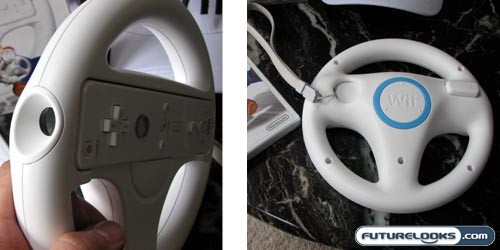 Driving with the Wii Wheel may sound like it would be intuitive, but given my traditional gaming background, it just came off feeling very strange, twisting a steering wheel that wasn’t attached to anything. As the race wore on, I found a tendency to angle the Wii Wheel further, almost to the point where it was parallel to the ground. This, of course, made steering less responsive.

I can see why the Wii Wheel would appeal to non-gamers, because it makes more intuitive sense to them than a complicated video game controller. Myself, I won a lot more races using the Remote + Nunchuk combination. The Nunchuk analog stick is used for steering, and then A and B on the Wii Remote is used for gas and drift, respectively.