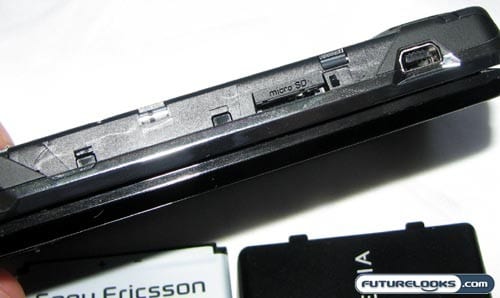 Although I appreciate the availability of memory expansion on this phone, the placement of the card slot is less than ideal. On some phones, this slot is tucked behind the battery. Thankfully, that's not the case here, but it's not immediately accessible either.

You have to remove the battery cover in order to access the card slot on the side. On my Nokia E71, there is a small protective flap over the side-mounted card slot, but I don't have to take off the battery cover to get to it. I would have preferred that kind of implementation on the XPERIA too. 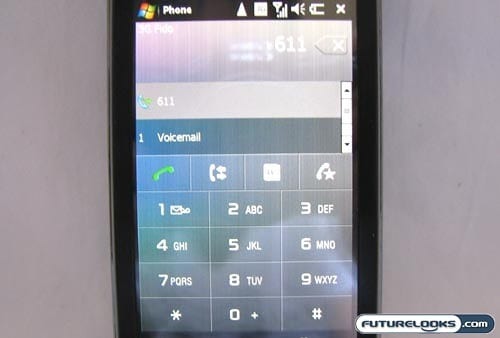 Personally, I use my smartphone for text messages, web surfing, and sending emails more than I use it for actual voice calls, but I guess that's still a pretty important part of being a phone. With the XPERIA X1, I can't really complain on any front here.

The virtual dial pad will be a familiar one for anyone who has used a Windows Mobile 6.1 Professional handset and reception was about as good as any other phone that I have used. Voice quality was good on both ends and I was able to hear the other party loud and clear. 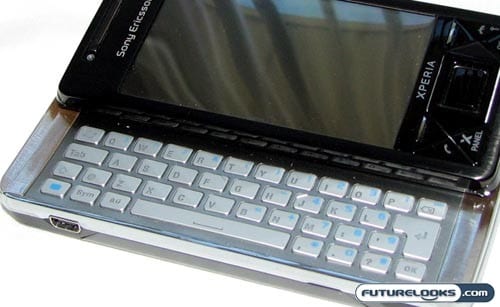 The hardware keyboard slides out of the side of the XPERIA, getting the touchscreen display to automatically re-orient itself to landscape rather than portrait. There's also a slide curve to this, so the screen is tilted ever so slightly when you have the keyboard exposed.

Although I am usually a fan of HTC keyboards, I can't say that I really like the one on this phone. There's not very much key travel, largely because the keys are almost flush with the surface. The size of the tab, shift, and @ keys along the left side also make for an awkward placement of the "A" and "Z" keys. I suppose I could get used to this over time, but I had quite a few typos sending text messages and composing email messages. I like physical keyboards, but not this one.

My experience with the touchscreen wasn't much better. This is not a finger-friendly capacitive touchscreen like what you get with the Apple iPhone. Instead, it's a resistive touchscreen that is best used with a stylus (or a fingernail). You need this kind of precision for handwriting recognition, but it can be frustrating at times.

Resistive touchscreens make for visibility challenges in brighter conditions and I found that it had a hard time registering presses along the edges. This may have been improved with a screen that is flush with the surface of the phone, like what you get with the HTC Touch Pro.