The Samsung SyncMaster 2493HM is housed is a style of bezel becoming much more common amongst consumer electronics; the piano black fingerprint magnet. Though it does smudge easily, the gloss black finish on the 2493HM does look rather striking. The entire base and stand is done in this finish, with a small silver accent strip on the bottom between the speakers and the controls. 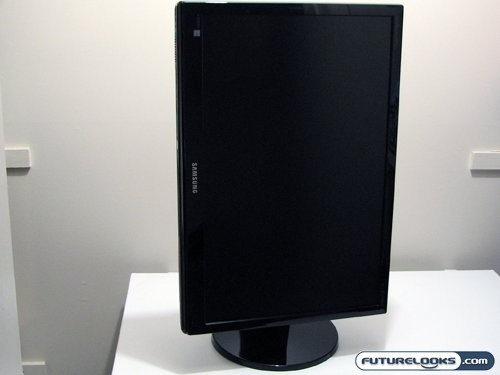 The base itself is fully adjustable. With it, you can adjust both tilt and height. You can also rotate the screen a full 90 degrees. The base of the…base even has a lazy Susan in it, so you can swing the screen around wildly up to a full 270 degrees. 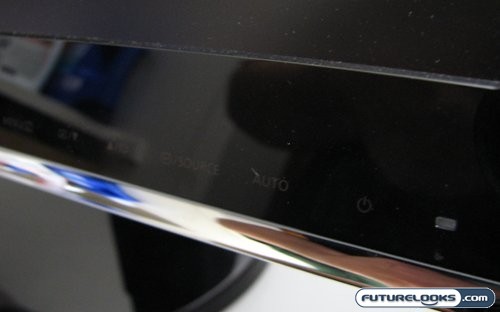 The controls for the Samsung 2493HM are also high on aesthetics, but their practicality is questionable. There aren’t any physical buttons, rather a touch sensitive area lies underneath the label for each function. This is a major short coming though. I’ve used touch-sensitive monitor controls before and the problem with the implementation on the Samsung 2493HM is that they don’t have and type backlighting. As it stands, the buttons are a dark grey silk screen on a glossy black finish. This makes them extremely difficult to see under any but the most perfect of lighting conditions, and even more impossible to use. Some actual buttons would have been a better choice, or even a simple LED backlight when touched would have quelled my concerns. 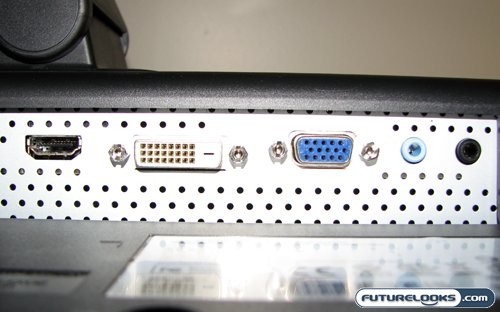 When it comes to connectivity, the Samsung SyncMaster 2493HM has pretty well every option you could want in an LCD panel. The main connection block on the rear of the panel features (from left to right) an HDMI port, DVI port, VGA port, audio in, and audio out. The 2493HM is fully HDCP compliant, so you should be able to play high definition content from a player or game console over the HDMI port. And each source is seperate and selectable using the front controls, so you could use this computer to view any combination of 3 devices, be it game consoles, stand alone players, or your computer. Power is provided by a standard plug to the left of the main connections (not pictured). 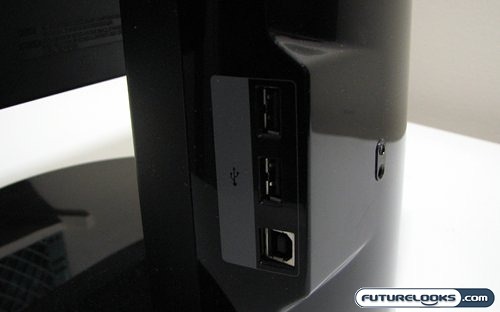 A nice little addition to the host of inputs offered on the Samsung 2493HM is the small USB hub on the side of the spine of the LCD base. The hub sports two ports, and is fully USB 2.0 compliant. It’s uncertain as to whether or not this hub draws power off the main power for the panel, or if it runs unpowered. I probably wouldn’t recommend hooking up any high powered devices to these ports. That being said, you could use them for an easy access place to plug in a USB flash drive or some sort of input device. Even a keyboard and mouse would be good fodder.