The Samsung 970 EVO and Samsung 970 PRO reprsent the third generation of their consumer solid state drive (SSD) product line. The 970 EVO and PRO are M.2 drives with the latest PCIe Gen 3×4 lane interface. The Samsung 970 series will maximize the NVMe bandwidth that can be utilized in 3D, 4K graphic, high-end games and data analytics applications.

This is approximately a 30% increase over the previous generation with the help of the newly designed Phoenix controller. The 970 EVO will utilize Intelligent TurboWrite technology that makes use of a larger buffer of up to 78GB to enable faster writes. 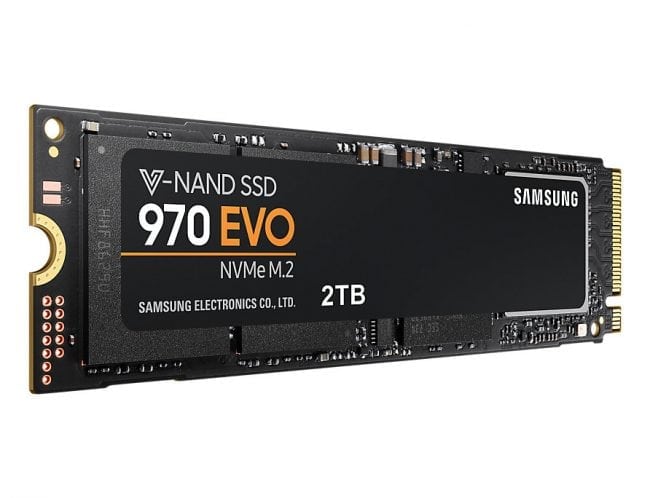 Another upgrade from the previous generation is increased endurance and reliability of the drive with up to 1,200 terabytes of written data. It goes in hand with the 5-year warranty that Samsung offers on this series. The Samsung 970 series also has Dynamic Thermal Guard technology to reduce overheating by automatically monitoring optimal operating temperatures while a heat spreader and new nickel-coated controller helps reduce overall SSD temperatures.