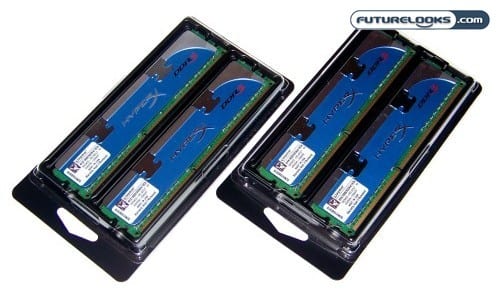 I was recently trying to go for the “hat trick” and multitask the mess out of my uber powerful Intel Core i7 system. It usually lives up to multitasking expectations with a mere 8GB’s of RAM. But I finally asked too much of it when editing some pictures, encoding a massive 1080p video and keeping all my various MS Office and desktop apps running all at the same time. It definitely got a little bogged down and there’s only one reason for that: memory.

I did think at first that I was just being unrealistic. However the good folks at Kingston told me otherwise and suggested we try out their newly released HyperX 16GB 1600MHz Dual-Channel Memory kit. This is one of the same kits that we saw at CES 2010 (video here). Supposedly, it can handle the same tasks and then some. What’s it like to have a 16GB memory kit in your system? In a word, flawless. 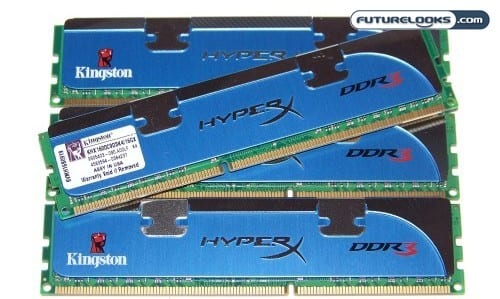 To call it a Dual Dual-Channel kit just sounds funny. It’s basically two 4GB modules in a package times two for a total of 16GBs. The kit is specifically tuned to fit in the latest Intel P55/P55A systems. That’s mainly because P55/P55A based platforms can only accommodate a maximum of four Level 2 modules which is exactly what we have here. The only kit larger is a dual-triple channel 24GB memory kit intended for Intel X58 based systems. Those platforms allow all six DIMM slots to be occupied with Level 2 modules.

As the title of the review says, this is 4 x 4GB modules running a full 1600MHz with 9-9-9 timings. And, it operates at the standard 1.65V in any configurations. Currently, this is the fastest Quad-Channel memory kit on the market. Everything else clocks in at a slower 1333MHz.

The Price for Speed and Power

Packing 4GBs worth of memory modules on to four sticks is expensive. The process of making the ICs that fit on the PCB is what costs a heavy premium. That pushes the price tag to about $1100 for the 16GB and $1500 for the 24GB memory kits respectively. That is no typo. 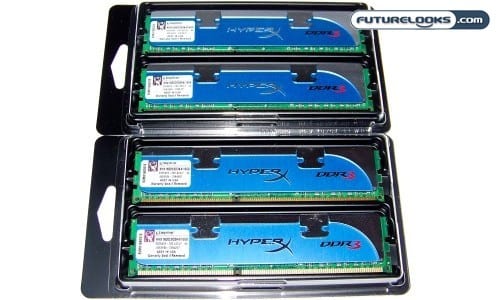 The reasons for these kits? It’s because motherboards, while advanced in their own ways, also have limitations such as the number of memory (DIMM) slots that can be occupied at once. Just because it has six DIMM slots doesn’t mean you can just pack them with any size module. These are built specifically to be run as a set and have been tested rigorously to meet compatibility requirements.

As mentioned in the Features and Specs, these put the maximum amount of supported memory in your P55/P55A system. Your system will get the maximum benefit of the fastest available memory. Perfect for the most demanding professionals. 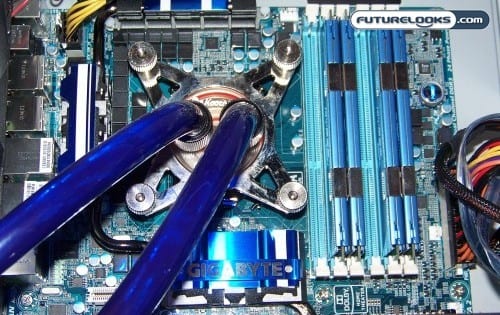 We’d like to first point out that the HyperX 16GB 1600MHz memory kit worked perfectly fine in an ASRock P55 Deluxe, ASUS P7P55D Pro, GIGABYTE GA-P55 and P55A-UD6, Intel DP55KG, and MSI P55-GD65 motherboards with the latest BIOS available. We picked the GIGABYTE out of the pile to perform all our tests.

We’re definitely not going to flood you with too many benchmarks this time around. To break it down in the easiest understandable terms, the more memory bandwidth and memory space on hand. This means you can run more large data intensive programs at the same time. Benchmarks run will include SANDRA Memory Bandwidth, Everest Ultimate  Edition, Cinebench, and some VMWare to get the point across.