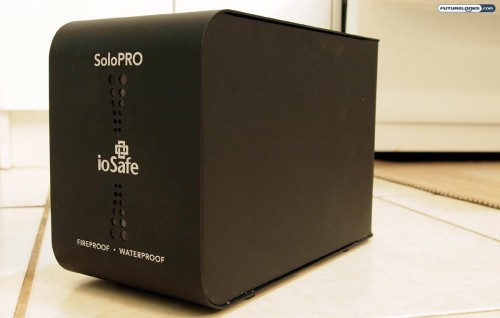 One of the biggest reasons why you may choose to have an external hard drive is so that you can make backup copies of all your critical data. This gives you peace of mind in case the hard drive in your primary computer happens to crash. How, then, can you get peace of mind if your home or office happen to catch on fire?

This is obviously not a scenario that anybody wants to face, but it is one for which we should probably prepare. One way to do that is with the ioSafe SoloPro external hard drive. This thing is about as tough as it gets! 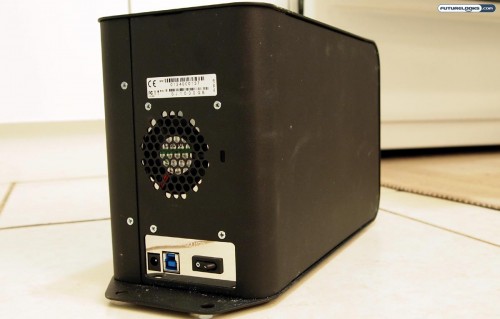 I wouldn’t go so far as to say that the ioSafe SoloPro is disaster-proof, but it is rated to survive some wicked fire and water damage. According to the official product page, it is “the fastest and most versatile fireproof waterproof hard drive [ioSafe has] ever made.” Quite unlike most other hard drive enclosures, this offering will protect your data in temperatures up to 1550 degrees fahrenheit for half an hour, as well as up to 10 feet of water for 72 hours. That’s pretty tough.

The version being reviewed here features USB 3.0 connectivity and 1TB of capacity (single 3.5″ SATA disk 7200RPM) and sells for $249 US. If more storage is needed, you can pick up the 2TB version for $419 US. If the promise of safety and data recovery is all you are looking a slower eSATA/USB 2.0 interface version is available for $149 US.

If the pricing for the hardware sounds out of whack, you might be right if this was some ordinary hard drive enclosure. But considering the toughness of this enclosure and what it can do underwater and in a fire and it’s not that much to ask. There is also a very important component of the deal which is the Disaster Recovery Service (DRS) that is bundled with each drive, giving you piece of mind for 1 full year with an option to renew for $100 for up to 5 more years.

Want to know what’s inside? Check out the video below…

The ioSafe SoloPro isn’t exactly fancy when it comes to functionality: it’s an external hard drive that you connect locally to your computer. Yes, it’s about as tough as it gets, but given its simple functionality, the box contents are pretty straightforward too.

The external hard drive is in quite the hefty enclosure, of course, so that it can survive an burning inferno. It’s definitely bigger than most hard drive enclosures, but it’s only a little bigger than what you’d expect from a standard NAS. It is heavy, though, weighing about the same as a good-sized turkey.

Beyond the drive (and enclosure) itself, you get a USB 3.0 cable, power brick and cable, and a very small user manual. You can optionally sign up for the data recovery service from ioSafe and you’ll need to do this if you want to take advantage of the company’s guarantee. 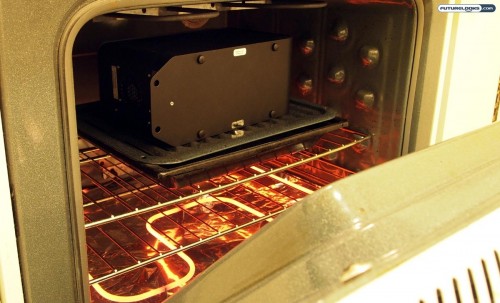 To see just how tough this external hard drive really is, we had to devise a torture test. Naturally, I wasn’t about to light my house on fire to see if the ioSafe survived, so we had to think of a way to simulate a fire. And so, the Futurelooks team decided that we could stick this thing in the oven.

For the purposes of testing, I benchmarked the drive before, loaded it with some video files, and shoved it in the oven for half an hour at 450 degrees Fahrenheit. The metal enclosure certainly gets quite hot, so we melted some margarine on it to prove that it is, indeed, very hot. I’m curious to see how a GETAC notebook or tablet would survive such torture, so expect to see something like that in the near future too.