The Core i5 Lynnfield is officially here! Despite many leaks and e-tailer mistakes, the platform made it from out of the cloud of an NDA (non disclosure agreement) beaten up but with still much left to tell. Today we finally get to do that!

Since it was announced in development, we predicted that Lynnfield would be far more popular than its Bloomfield brother. It was not because it was superbly faster (in some cases), but because it looked like an extremely capable processor that didn’t cost a somewhat outrageous premium for performance.

Since we love our readers, we won’t bore you with twenty pages of over indulged technical speak. Instead, we’re going to focus on the features that we feel will impact your PC experience. When you hear the term Lynnfield, it’s referring to the new Core i5 and i7 processors being tested here that use dual channel memory. When you hear the term Bloomfield, it’s referring to the current Core i7 processor that uses triple channel memory. Let’s cover the basic differences right away!

Laying Out the Lynnfield’s Core Differences

There are obviously physical differences between Lynnfield and Bloomfield. Due to the new Lynnfield Core i5/i7 design changes, a new P55 motherboard and LGA 1156 socket were designed to support it. In simpler terms, the Lynnfield is about a quarter inch smaller in size compared to the Bloomfield Core i7. Just make sure when you’re shopping for a Core i7 that you pay attention to the processor socket so you order the right motherboard to accompany it. 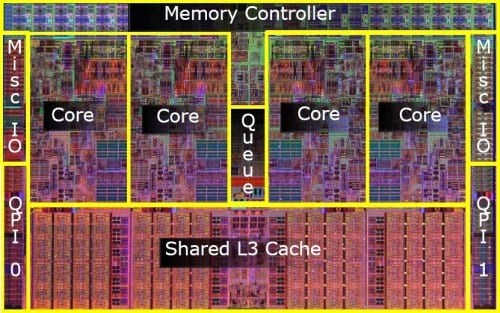 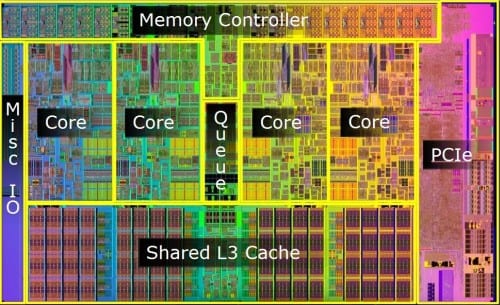 The second Lynnfield feature definitely worth mentioning is the on-die PCI Express controller. After discussing this feature more at GIGABYTE’s P55 launch party, it’s purpose is to cut down GPU communication latencies which has been a design issue that we have all grown to accept.

While we know the theoretical implications this can have on future performance, we can only speculate its real purpose and whether or not it’ll support future video cards that can benefit from the feature. Some of you may already know what I’m eluding to.

Let’s break down the obvious features before we continue.

One of the more impressive improvements is found within Intel Turbo Boost Technology. TBT performance is more aggressive than ever offering a 600 MHz supported boost when enabled in the BIOS. That means as long as your motherboard is up to spec, you won’t have to touch your BIOS to squeeze out more frames, cut down on task time, or worry about learning how to overclock.

Now, here is where things can get a little confusing. While both the Bloomfield and Lynnfield Core i7 offer fully Hyper threaded performance, the Core i5 series does not. Any processor with the i7 moniker sports a total of 8 threads while the i5 only offers 4 threads. All of the Lynnfield processors consume 95 Watt TDP where as the Bloomfield is in the neighborhood of 130 Watt TDP. That’s a pretty noticeable drop in power consumption which is always a welcomed improvement to office users or people trying to build a completely silent PC.