Differentiating oneself from all the other memory sellers is a tough game. You can compete on specifications, colours, and even density. But at the end of the day, price is always a factor and with so many players in the game, it’s better to differentiate than to compete head to head with everyone till you’re dead. That’s why even companies that started in memory modules, have decided to differentiate with other product categories. Some have even left the market totally like OCZ. Patriot memory however is trying hard to capture the content creator market and focus on content consumption. They have a few products and demos that they want you to see and we’ve got an interview in full 1080p HD for you to check out above or directly on YouTube! 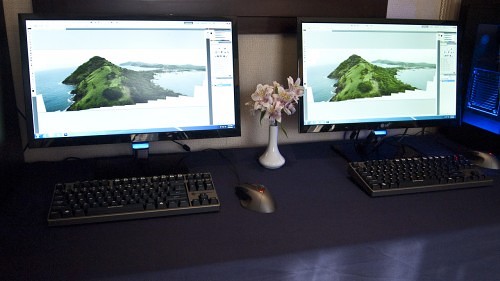 Patriot Memory’s focus towards content creators has lead them to start increasing the density of their memory modules. While many companies are starting to put 8GB DDR3 modules on the market, Patriot Memory is going to be pushing the densest modules they create in an effort to win in this highly specialized market. They demonstrated just what the effect of additional memory (16GB vs 64GB) has on a relatively simple task within Photoshop of stitching together many photos into one. The additional memory shaved minutes off the time. If you were working as a professional billing by the hour, you can see just how much money you would earn and save by being able to complete those renders faster over the course of a year. Patriot Memory is banking on their new high density kits to take them to the next level. 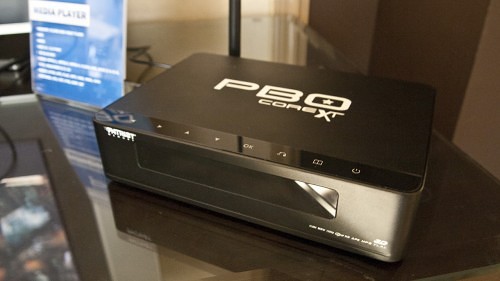 The Patriot Box Office (PBO) series of media players have been extremely popular due to their ability to consume all types of media and allow them to be played on your HDTV without the use of a computer. As more people create content, this strategy of providing the means to consume is very important. Their new PBO Alpine and PBO Core XT devices cover both ends of the spectrum of users and use open source Android OS to accomplish its tasks. 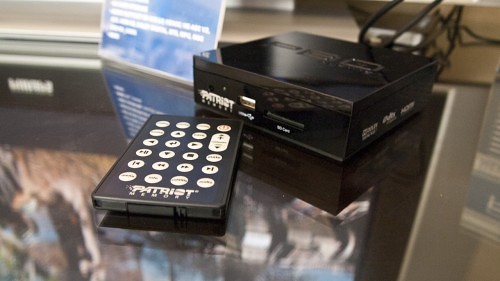 The PBO Alpine is an inexpensive option that was first seen at COMPUTEX 2011. It comes with a remote, plays everything, and should be well under $100. Powering it is an ARM926 which provides enough horsepower to sustain 1080p/30fps playback on most material. The PBO Core XT is the star though and comes with built in WiFi, a place for an internal hard drive, a display screen on the device itself, and a Realtek 1186 chipset that supports 3D content playback. No price or availability was confirmed, but Johnny did slip that June might be the timeframe for release which puts it right around COMPUTEX 2012 in Taipei. 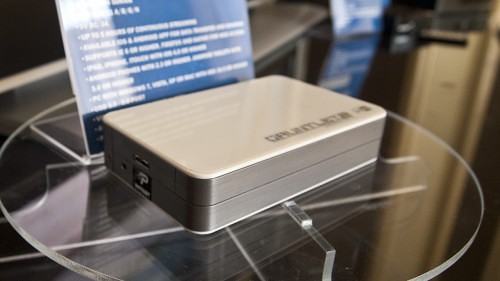 Finally, the Gauntlet2 WiFi was shown off which is a very similar concept to the Kingston Wi-Drive which we are all very familiar with. The Gauntlet2 will have similar WiFi capabilities for streaming content to mobile devices, but unlike the Wi-Drive, it will come with Android support out of the box. It is quite a bit bigger than the Wi-Drive though but what we were looking at is still fairly BETA so hopefully they can slim it down before launch.