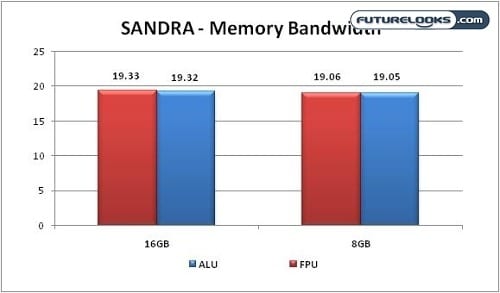 According to SANDRA, there’s a healthy 19.3 GB/s of memory bandwidth readily available for things like rendering and compiling. Huge files will have no problem caching into the 16GB of memory available here. 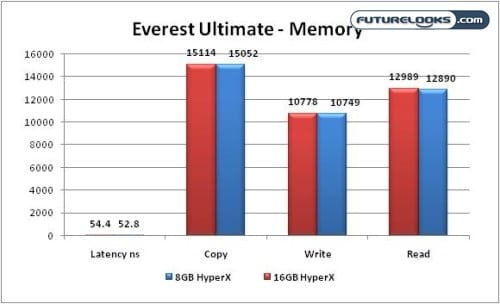 More memory in this case means a little more bandwidth. Based on these results, we think it’s safe to say we’re pretty much maximizing the CPU’s integrated memory controller. Mainly because there was little room for overclocking when attempted. 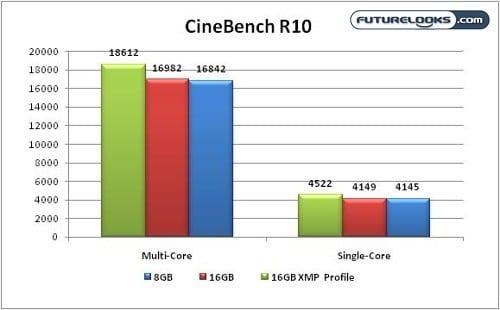 At stock frequencies, with the .12 memory divider selected, the extra memory and bandwidth gives the Core i7 870 CPU a little shot in the arm boosting rendering performance. The bulk of the gains are in the multi-core results. The biggest gains come when selecting the XMP profile in the very capable BIOS of the GA-P55A-UD6 Motherboard. It’s just more evidence of the kit’s ability and stability at 1600MHz which will be really appreciated once you start working with your massive Photoshop files.

The purpose of this was essentially nothing more than a visual representation of the resources available to a system when it’s 8GB or more. If you tried this on a 4GB kit or less, your system would begin to crawl.

VMWare basically turns the desktop into a host that makes it possible to run other work stations or operating system (like OSX and LINUX) all on the same machine. The regular home user probably won’t have much use for this unless you’re doing a lot of testing of software across a large number of different operating systems or configurations. You’ll find it most commonly used by people trying to run a Mac OS on their PC or vice versa.

With the 8GB memory kit installed, about four virtual Windows 7 desktops were able to be loaded. On a 12GB memory kit, such as the one on the X58 test machine, that number grew to 6. And, alas, with the 16GB memory kit, it was easy to open 8 virtual desktops with room to spare. Obviously, that means the 24GB kit on an X58 platform can do even more. 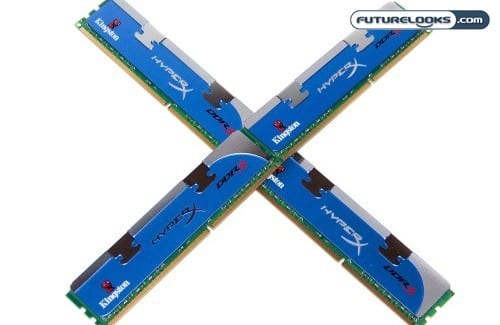 Professionals, video/audio/graphics editors, and admins obviously understand the real benefits of such a memory kit. They can put it to good use hosting and operating huge servers or programs that would otherwise bring a system with less memory to a crawl. On the more egocentric level, it makes a great conversation piece to talk about that 16GBs in your system that you may never use.

In the end, the HyperX 16GB 1600MHz DDR3 Memory Kit is designed for a select few and is in a market all by itself. Kits this large and expensive are going to be used in a limited number of machines simply because there aren’t that many folks that can use it. Kingston understands this, so there will be a limited number of kits available.

At the end of the day, if you’re running out of memory and running mission critical virtualization or editing programs, this kit is the one to get. It was super stable for all of our testing and if you have about a grand burning a hole in your pocket, go get it! 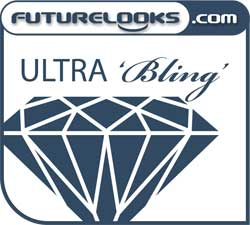