I think it’s fair to say that the vast majority of us have abandoned our film cameras for digital cameras. Why is it, then, that so many of us still seem bent on printing our pictures onto physical pieces of photo paper? This creates an unnecessary strain on the environment when the much greener option of a digital picture frame is so affordable and so easy-to-use. 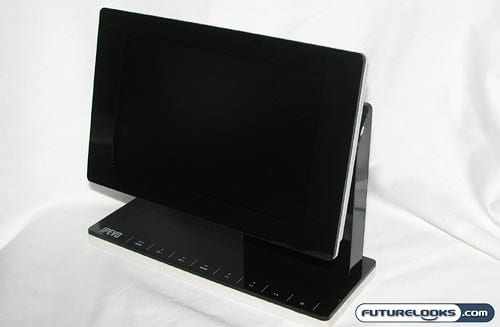 From the outside looking in, you’d almost assume that nearly all digital picture frames are pretty much the same. The people at IPEVO don’t seem to think so, because they’re telling us that they’re “rethinking the digital photo frame,” including features that aren’t exactly standard in the segment.

The IPEVO Kaleido R7 digital picture frame is immediately an eye-catcher, because it doesn’t look too conventional with its assymetical design. It’s not a regular picture frame digitized; it’s a lifestyle piece that was designed with digital content in mind from the beginning. Oh, and it’s quite the looker to boot. 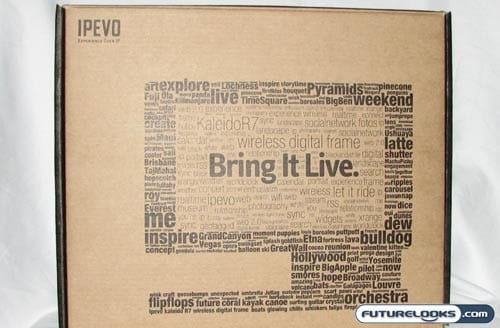 So, what kind of features should you expect from the Kaleido R7? While it certainly isn’t the largest digital frame out there, it does come packed with quite a few things that may pique your interest.

The rotation and tilt features add to the utility, but it’s the Wi-Fi connection that will let you do more with the Kaleido R7. I’ll get to that expanded functionality in just a moment.

While the outside of the box for the IPEVO Kaleido R7 may not be particularly impressive with its plain brown-and-black appearance, this furthers the notion that digital picture frames are a greener solution.

IPEVO did not use any harmful dyes to make a glossy box. Further still, you won’t find an excessive use of plastic on the inside. Instead, it’s a simple cardboard tray (not unlike those used to hold drinks at a fast food place) that can be easily reused or recycled. 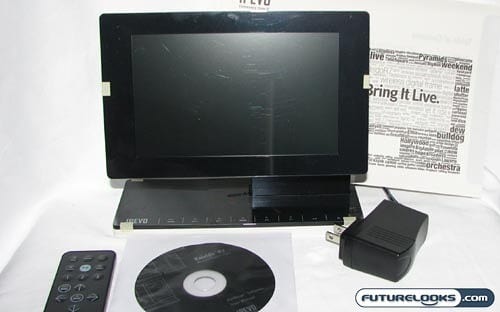 On the inside, everything is suitably protected from damage. The frame is wrapped in a soft cloth-like paper sleeve and then there are removable screen protectors in place to minimize fingerprints and scuffs. Aside from the Kaleido R7 itself, you get the remote control, installation CD, power adapter, and basic documentation.