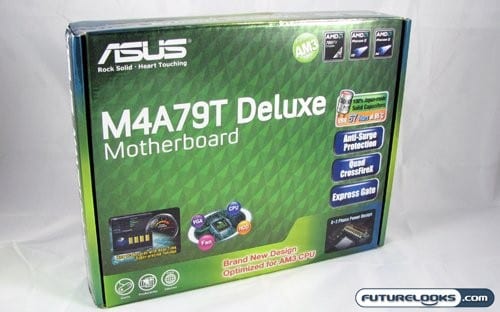 AMD has been having an interesting week in the news. They been taking both money and market share from Intel. So I guess it’s both appropriate and strangely coincidental that I’ve been focusing on a lot of their hardware in the past few reviews. We’ve looked at their motherboards and platforms and we will soon be looking at their video cards.

Today we are taking a look at another motherboard for the new Dragon platform. This latest motherboard from Asus is said to support the new Phenom II 955 chip, and has both a rather boastful price tag and feature set. Let’s see if the combination works for the most recognizable motherboard manufacturer in the world. 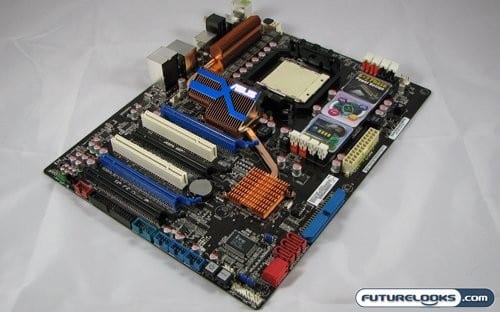 Like the last AMD motherboard we reviewed, the Asus M4A79T Deluxe sports the AMD 790FX chipset. This enables full support for AMD’s current line of Phenom II processors. The board also has native DDR3 1600 memory support, and full CrossfireX support. Those features are pretty well expected at this level.

Asus adds a little extra with some of their special features. This includes interesting little nuggets like ExpressGate, which allows you to boot into a functional OS in about 5 seconds. Asus has also paid particular attention to the design of their board, implementing components and features that are both stable and power saving. If you want to get the full rundown, you can check out the product home page.

Pricing for the Asus M4A79T Deluxe runs a little higher then most of it’s compatriots. Whereas the GIGABYTE board we last reviewed clocks in at about $180 USD, the Asus board is regularly seen at $200 – $210 USD. On the surface this extra premium doesn’t seem justified, but it leaves one wondering what you get for that little extra bit of money.

The Turbo Button Makes a Return? 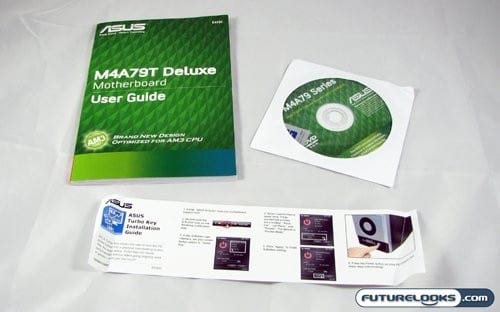 Those of a certain vintage will know exactly what I’m talking about when I speak of a Turbo Button in reference to personal computers. Any young whipper snappers that are confused can head to Wikipedia. Needless to say something like this hasn’t been seen for a long while.

Asus has decided to implement something similar, but instead of making your computer slower it speeds it up. The turbo button is tied into the power button, and when pressed it’ll apply a pre-defined performance profile that you setup in Asus’ AI Suite software. Your computer should then get a slight boost in performance for gaming and other tasks.