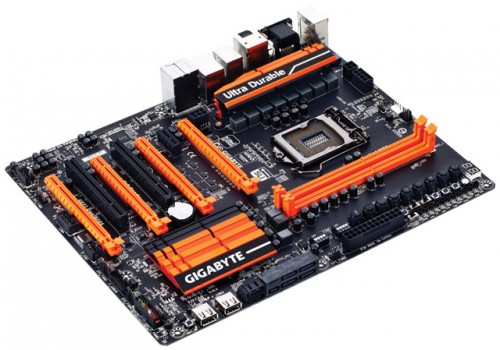 For those who don’t already know, Computex is more than just an expo. There are a number of events held at Computex during and after the Expo including several overclocking events. This gives manufacturers a chance to show off their latest and greatest. This year it gave GIGABYTE a chance to put everyone in their place thanks to the Z97X-SOC FORCE LN2.

The FORCE LN2, as the name suggests, is specifically design for LN2 overclocking in mind. Every feature and design trait of the board was built for events like these and the FORCE LN2 wasted no time walking all over several records including the highest DDR3 memory frequency record at 4.56 GHz. Memory clock speed! While the crowning achievement, the Z97X-SOC FORCE LN2 set 6 new world benchmark records and placed two out of three top spots in other competitions.

If you are serious about getting into LN2 overclocking, then I guess you know what motherboard you need to start with as the base of your future record-breaking system. If you need more convincing, then just take a look at the list of wins below. Hard to argue with proof that the only competition for the FORCE LN2 often was itself.

You can also see the board featured in our interview with GIGABYTE at COMPUTEX 2014.

“One of the greatest parts of working for GIGABYTE as an overclocker is the ability to come out with what at first seems like crazy idea, have our skilled engineers be able to build it, and have the backing of our management to allow the concept to go into production for sale,” commented Hi Cookie, Chief Overclocking Evangelist, GIGABYTE Motherboard Business Unit. “The Z97X-SOC FORCE LN2 is a true testament to this forward-thing philosophy, and I can’t wait for other overclockers around the world be able to use this motherboard to break even more world records.”

But that was not it for the new comer to the GIGABYTE overclocking lineup. Throughout the week of Computex, several overclocking events and competitions were hosted by various companies including Intel, Kingston and G.SKILL, becoming the perfect proving grounds for the Z97X-SOC FORCE LN2 to go head-to-head with its rivals. Saying that the Z97X-SOC FORCE LN2 became the headline attraction at Computex is not an understatement; here is a recap of all achievements accomplished by the 9 Series overclocking series motherboards during Computex.