Search
Home
Guides
Prev4 of 5Next 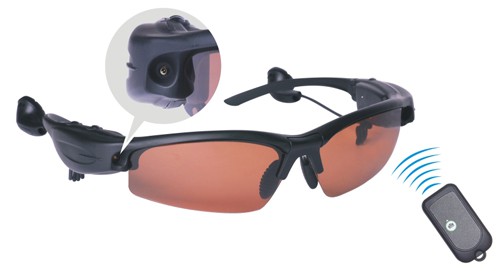 Sunglasses don’t just protect your eyes from the sun when you are taking on the role of a secret agent. While the geek in your life probably already has an MP3 player, a webcam, and a myriad of other goodies, it’s very unlikely that he has a set of spy camera sunglasses.

These sports-style sunglasses come with the added bonus of a 1.3 megapixel camera on the frame, taking pictures and saving them on the integrated memory. It’s also got built-in MP3 playback to boot. The list price is $49.99 on the 1GB model. If you’re feeling extra generous, you can splurge for the 4GB model for $79.99. 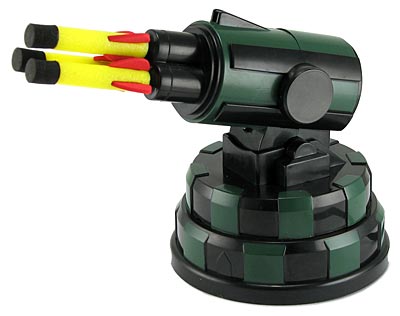 Maybe zipping around the office with tiny Mario Kart Wii RC racers isn’t your cup of tea. Maybe you have slightly more violent inclinations and would prefer to participate in full-on cubicle warfare. When regular Dwight Shrute and Jim Halpert-inspired antics won’t do, there is the incredible USB Rocket Launcher.

Available through ThinkGeek, this little shooter plugs into your computer and then you have full control over where those foam darts go. It is compatible with a Windows 2000, XP, or Vista (no Mac support as far as I know). After installing the included software, you have full 360 degree horizontal rotation, as well as 45 degree vertical aiming. The effective range is over six meters, so you’ll have no trouble reaching the guy across the way.

The retail price for the USB Rocket Launcher is around $29.99, but it only comes with a set of three darts. You’ll probably want to load up with extra 2-pack of replacement missiles (6 missiles) for $4.99 more. It’s worth it.

Inexpensive Does Not Mean Cheap 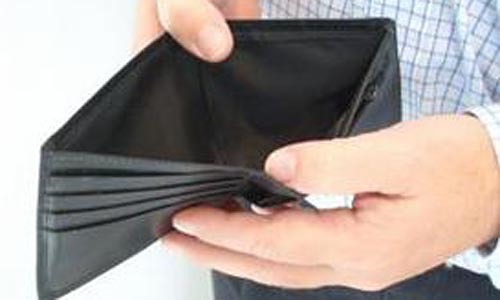 ‘Tis the season for giving and, as a result, you may find yourself spending a little too much money during the Christmas shopping season. These are important people in your life and you want to spoil them with incredible gifts. That said, you really don’t need to run yourself broke to give out some cool presents.

Just because your present happens to be inexpensive does not mean that it has to be cheap. When selecting your holiday gifts, it’s probably a good idea to stick to name brands where they are available, because it’s just so much more appealing to receive an Apple iPod or Microsoft Zune than it is to receive some random knockoff brand from China. The exception, of course, is when you get some pretty unique (and awesome) gift ideas like those provided in this guide.

Think about the possible combinations too. Give one person the CoolIT Beverage Cooler and his co-worker the rocket launcher… then challenge the latter to keep shooting the Coke cans of the former. Good times. Good times.