Samsung has long since been a backer of HDTV, being one of the first few companies to truly embrace the standard. With the HD-DVD vs. Blu-ray battle out of the way, it appears that Samsung made the right call with their backing of the Blu-ray standard. Now that the playback issues are mainly sorted out, it’s time to think about how to record our lives in HD quality. 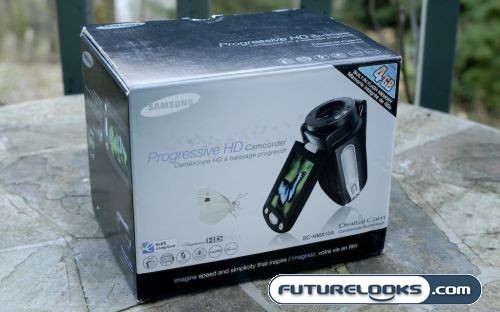 Samsung started off the flash based HD camcorder race with the original SC-HDX15, originally announced at CES 2006. This flash based camcorder featured HD recording at 720p and 4 GB’s of built in flash storage. Based on the form factor made famous by Samsung’s Extreme Flash Camcorders like the SC-XL210 and the first generation, SC-X105L, the SC-HDX15 was hindered by a ridiculous $1799 price tag.

The SC-HMX10A (not to be confused with their lower end, non-HD, but similar looking, MX10) is Samsung’s latest incarnation of their HD flash based camcorder product. This HD Camcorder features the same 720p recording, 4 GB’s of onboard flash, and HDMI, but adds a touchscreen LCD, and a spiffy remote control among other little things. It’s also about a grand cheaper than its predecessor at only $799 MSRP. Let’s check it out!

The Samsung SC-HMX10A pushes out the following features which include:

Samsung also has a “C” and a “non-lettered” model available. The “C” has 8 GB’s of storage onboard while the “non-lettered” model has no built in memory, requiring a seperate memory card.  Other than that, they share all the same features above. For more specifications, check out the Samsung website. 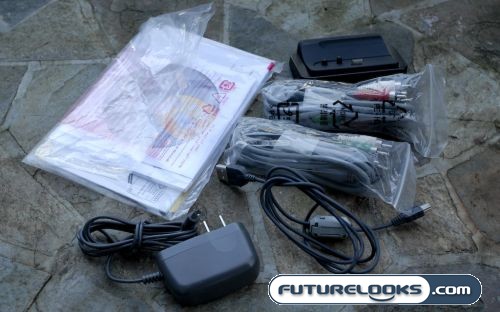 The Samsung SC-HMX10A comes furnished with the following extra goodies (besides the unit itself and the remote) which include a battery pack, AC Power Adaptor, Component Video Cable, Multi-AV Cable, USB Cable, User Manual, Button Type Battery (for the remote), Cradle, Software CD, and a Protective soft carry bag. Missing from the package is an HDMI cable and your choice of memory card for recording all those videos. 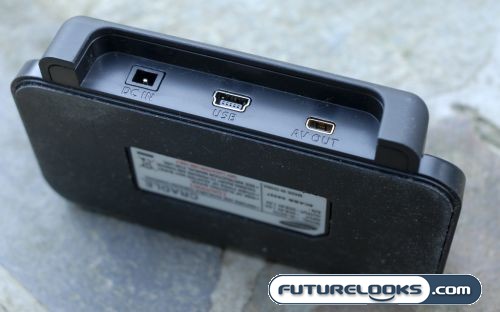 The cradle unit itself provides a neat and tidy place to plug in the power adapter, USB cable, and your choice of video/audio output cable. Strangely enough, the cradle does not support HDMI and needs to be accessed directly on the camcorder itself. Thankfully, you don’t need to drag the cradle along as the individual cables can plug directly into the unit for travel.