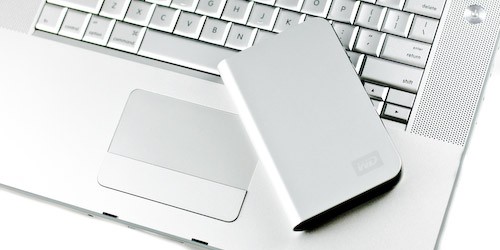 Less isn’t more when it comes to computers.  More, in fact, is actually more.  More RAM, more speed, more display real estate and more hard drive space.  You can never really have too much of any of these things.  Unfortunately with laptops, we’re a bit limited and at press time, the largest HD you can get on a notebook is 500GB, which would be a lot if it was still 2003.  On a recent three month trip to Japan, all the pictures and video I shot alone easily exceeded the entire hard drive of my MacBook Pro. That’s where products like the Western Digital My Passport Studio Hard Drives come in handy.

Western Digital’s My Passport Studio series of portable hard drives comes in sizes ranging from 250GB (as tested) to 500GB. Coming out of the box MAC formatted and with a Firewire port attached, this product is clearly aimed at Mac Cultists.

Since Western Digital manufacturers their own hard drives, you’ll be getting one of their own 2.5 inch drives on the inside with a fairly standard 5400RPM spindle speed.

Although the Passport Studio is formatted for Mac OS Extended (Journaled), it is entirely possible to reformat the drive for use with Windows. However, you can always pick up the PC version of the drive albeit without the Firewire interface. We should also note that the My Passport Studio has a five year limited warranty, which is pretty fantastic.   Most other drives have a one to three year warranty. 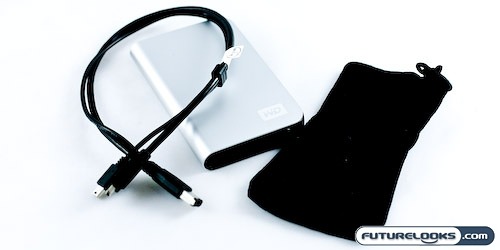 The cable for the My Passport Studio is a bit unusual.  It connects only to your Firewire port but on the unit, it also plugs into the mini-USB for power.  For those of you who want to use just the USB 2.0, there’s an included cable for that as well. 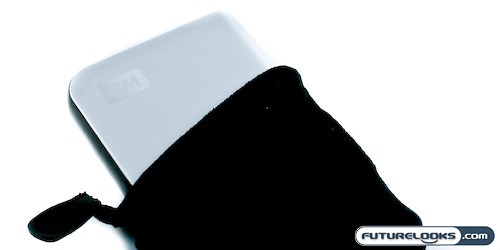 There’s also a small pouch to keep your Passport Studio from getting scuffed up (since we Mac users seem to be rather aesthetically focused).  There’s also the usual manuals and such that most of us will throw straight into the garbage.

The My Passport Studio is clearly designed with Mac users in mind not only with the Mac OS formatting out of the box but also because of the matte silver finish. This finish is nearly identical to that of the MacBook Pro, iMac and the latest generation of MacBooks. 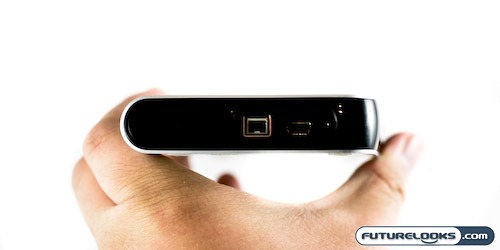 There are some clever touches in the design as well.  A set of white LEDs indicate how much space is left on the drive as well as drive activity. The panel on top of the LEDs slides over when the unit isn’t in use to keep the mini-Firewire and mini-USB ports from getting dusty.