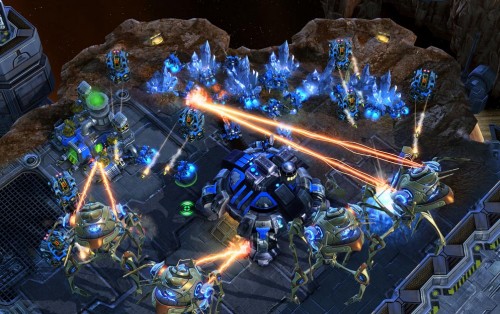 Just because you want to make some new friends with your video game interests doesn’t mean that you need one of the three major home consoles. The PC is a great environment for that too and it really doesn’t get all that much better than the recently released StarCraft 2.

Yes, you can choose to make some new acquaintances in places like Second Life and World of Warcraft, but StarCraft 2 is what all the cool kids are playing now. Pit your real-time strategy skills against some of your fellow students around the world. Play as the Zerg, Protoss or the Terrans in the hottest PC game of 2010. Not to mention, due to the highly optimized game engine, Starcraft 2 plays nicely on even hardware that is a couple years old so even your notebooks friends should be able to join in on the fun at reasonable settings. Yes, Mac’s can play with PCs as well in this sequel.

Starcraft 2 can be found pretty much anywhere as well as a massive number of online retailers. You can even buy it directly from Blizzard right through Battle.NET.

Available on both the Xbox 360 and the PlayStation 3, NHL 11 is positively amazing. They have an all-new physics engine for explosive body checks. They’ve added a new faceoff dynamic and the possibility of broken sticks, making the gameplay that much more realistic on your platform of choice.

Gathering around the same TV with dorm-mates to play a game of hockey is fun. Joining an online league together goes even further. And then there’s the new Hockey Ultimate Team mode where you get packs of cards to build your own teams… and then play other people online with your new team. If you have a Wii you can try NHL Slapshot instead, also from EA Sports.

Both NHL Slapshot and NHL 11 are available now.

Are you ready to rock out all over again? If you’re looking to make a few new friends, you can’t go wrong by being the first guy with Rock Band 3. Not only is the track list as huge as ever; you can now rock out with a keyboard (keytar), as well as “pro mode” versions of the drums and guitar. The three-point harmony vocals from The Beatles: Rock Band are in here too.

Of course, let’s not forget about the massive existing library of DLC tracks. From Snoop Dogg to Muse, it’s pretty incredible how much music you have access too and how easy it will be to please any friend that wants to play.

Rock Band 3 is available October 26th, 2010 and can probably be pre-ordered from various online retailers including your favourite big box store. 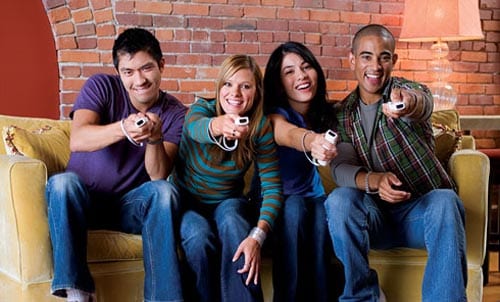 Yes, you could try to make some new friends with a study group. Yes, you might be able to meet a few interesting people if you decide to participate in some intramural sports. Then again, who are you fooling? You’re a gamer and you want to hang out with other gamers.

From Rock Band to Halo, Wii Party to StarCraft, you’re bound to find some common ground with other gamers on campus. And then you can school them with your crazy skills, because that’s just how you roll… right?