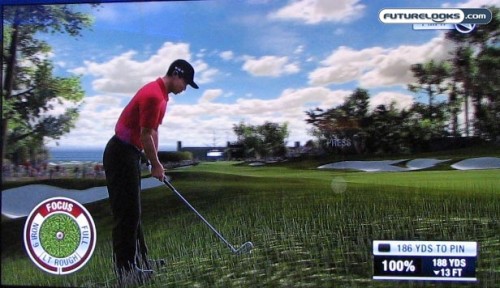 Sports fans of all types had something to see at this year’s E3 Electronic Entertainment Expo in Los Angeles. While other people were gawking at the Nintendo 3DS or Gears of War 3, the hoop stars weren’t disappointed either. Here are some of the notable sports games featured at the show.

Many of the traditional sports titles released by EA Sports can appear very unapproachable or overwhelming for the uninitiated. The Madden series of NFL games, for instance, feature giant playbooks, complex control schemes, and a whole lot of strategy. What about people who just want to jump in and play? 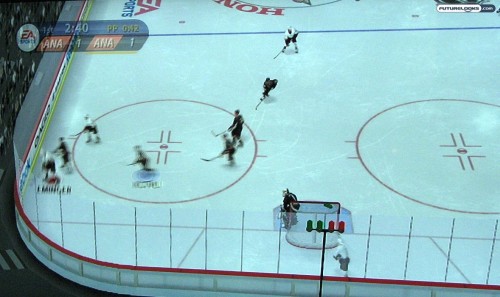 To address this growing segment of sports fans, Electronic Arts has worked on a series of more approachable sports games. These started with the All-Play series and they continue with the revealing of NHL Slapshot for the Nintendo Wii.

You still get the full NHL license and plenty of deep gameplay, but the control scheme makes use of a fun mini hockey stick. The player control is done with the nunchuk’s analog stick, passes are completed with the “A” button, and many other moves are motion-based. These include cross checks, slap shots, and more. The pacing of the game appears much better than the similar “waggle” controls of NHL 2K10, so that’s a very good sign. And just in case you’re wondering, the core NHL franchise is being continued by EA with NHL 11 as well.

Even though Tiger Woods was caught up in quite the scandal this year and lost many of his key sponsors, Electronic Arts stuck by his side and they will continue to do so with the latest addition to his ongoing golf game franchise.

With Tiger Woods PGA Tour 11, you continue to get access to many real players, many real courses, and a remarkably realistic physics engine. It’s also good that you get a better read of the green for your approach shots, helping you determine which way you should aim.

Electronic Arts has paid a great deal of attention to detail. You can see the emotional movements of players as they watch their epic putts. They’ve also implemented the PlayStation Move controller, adding another level of realism and immersion in the game. It’ll be available on the other major consoles as well. 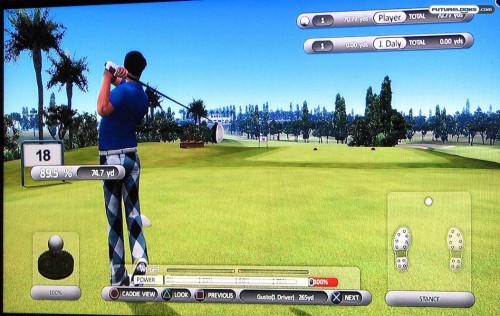 Not to be outdone, O Games is coming forward with quite the golf game of its own, turning to another legend of the links in John Daly. The “loud” pants of Daly are featured prominently in the game, as are several real PGA Tour courses.

Just like the Tiger variant, John Daly ProStroke Golf also makes use of the PlayStation Move controller. After setting your target direction by tilting the Move controller, you hit the main button to take some practice swings. The Move ball changes color and you can adjust your footing, as displayed on the screen.

Press the button again and the Move ball changes color to indicate you are in “live” swing mode. Take your swing and hope for the best. For the record, I was able to launch my ball over 350 yards. If only I could do that in real life.