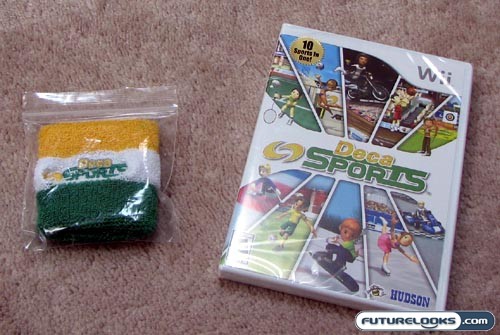 Love it or hate it, the Nintendo Wii is home to a lot of mini-game compilations. The motion-sensing console was designed to attract the traditional non-gamer, so they had to develop titles that would simultaneously grab their attention and not intimidate them with complex controls. Generally, non-gamers want no part of something like Splinter Cell or Madden NFL 2008. They’re just too complicated.

Following in the tradition brought on by titles like Wii Sports, Wii Play, and Mario & Sonic at the Olympic Games comes a sweaty compilation from the good people at Hudson Soft. You may know Hudson best for its Bomberman franchise. While there are no explosions in Deca Sports, we do get treated to some comical cartoon characters and no fewer than ten different events for your family to enjoy. There are also several teams, each of which is comprised of six characters. These characters each have relative sizes and attributes.

Let’s go through each of the ten events one at a time. 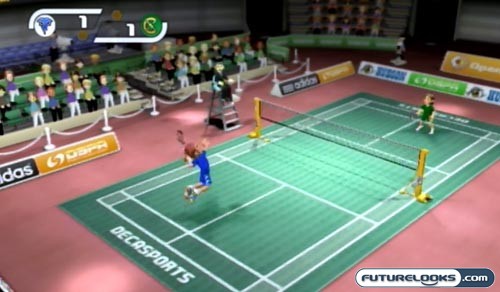 That was my initial reaction to the Badminton event in Deca Sports. The gameplay mechanic is nearly identical to the Tennis event in Wii Sports. Your character automatically gravitates to the shuttlecock and you are only responsible for swinging the Wii Remote at the appropriate time. Forehands are generally more powerful than backhands, and you have the option of using either style for serving. When the birdie glows red briefly, this presents an opportunity for a smash. Smashing is alway satisfying.

The controls, while very similar to Wii Sports: Tennis, weren’t quite as responsive. Whereas the tennis players swung every time you waved your Wii Remote, the badminton players have a tendency to “wait” for the right moment. As a result, swinging too early can make you miss the birdie altogether. 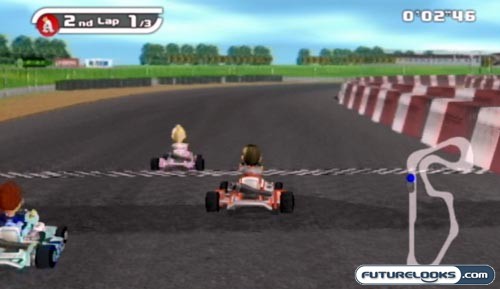 Are you starting to see a trend here? Deca Sports also offers a go-kart racing event. The Wii Remote is held sideways (like an NES controller) and then you tilt it to steer. Unlike the lack of response in badminton, the controls were a little too sensitive in kart racing.

It took a while to get used to the sensitivity level, but what was the most disappointing about Deca Sports kart racing, aside from the lack of red shells and other weapons, was the quality of the graphics. The backgrounds completely lacked in detail and they were totally blurred out.