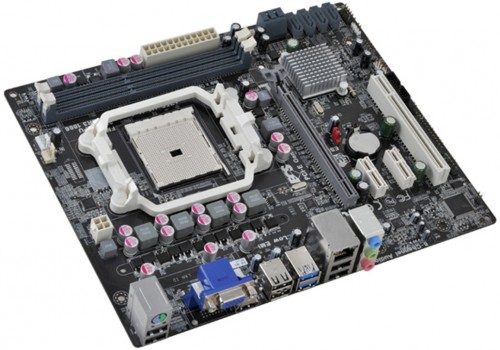 There is always a way to save money when buying computer components. It often comes down to what you are willing to sacrifice to save that money. Ideally the difference in performance is small or the lost feature is replaced by a less expensive feature that is just as useful. In our GIGABYTE A75M-UD2H review for example, you’ll see that they’ve lowered costs by omitting the UEFI graphical BIOS, in favour of providing superior overclocking. Today we are looking at the ECS A75F-M2 which has an MSRP of $72.99. Hopefully we’ll see more replacement of features with better or more useful ones too. 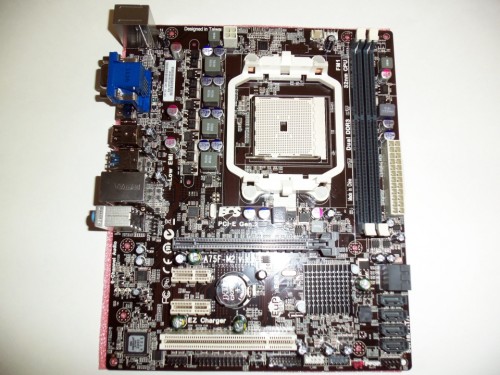 You will find all the feature of AMD’s APU and Hudson A75 FCH which include six 6 GB/s SATA ports, CrossFireX dual graphics support, four USB 3.0 ports (two on the back panel and a header to support 2 more), FIS-based switching, 10 USB 2.0, and RAID support. Beyond this you also find the ECS EZ Charger which boost USB power to charge USB devices faster such as smart phones and digital cameras. This is very similar to GIGABYTE’s On/Off Charge and other variations called by different names.

The audio is powered by a Realtek ALC662 codec for up to 6-channel audio output. The video connections are limited here with only 1 VGA port and 1 HDMI port. I would have liked to have seen a DVI port here as well and would have preferred it over the HDMI port. On the downside, it would take up more space and would also increase the price. The back panel also has a PS/2 port, Gigabit Ethernet, and 6 USB 2.0 ports. A diverse selection for the back panel that is pretty standard for most AMD FM1 boards.

On the motherboard itself you will find one PCIe x16 slot, two PCIe x1 slots, and 1 legacy PCI slot all at their respective full speeds. It has 2 USB 2.0 headers along the right side of the USB 3.0 header mentioned earlier. Along the left of the USB headers you will find a LPT and COM header. There is also only 2 DIMM slots for RAM. The ECS A75F-M2 is an interesting mix of legacy and current tech support. 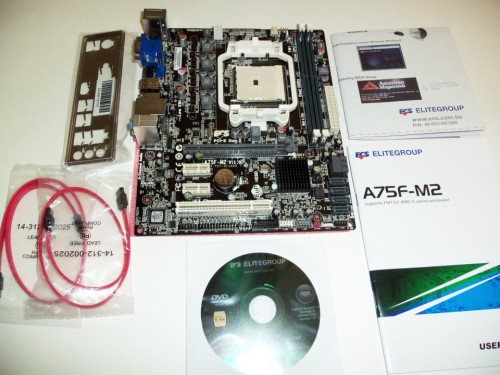 The ECS A75F-M2 is a bare minimum product. You receive the motherboard, driver DVD, IO Plate, 2 SATA 2.0 cables, user manual, and a large brochure with an install guide. The SATA 2.0 cables should work with SATA 3.0 with no issue, but I like the metal clips that hold the cables in place on SATA 3.0 cables and provide a more secure connection. It would be good to pair SATA 3.0 cables with a board, especially when there are no SATA 2.0 ports to speak of. 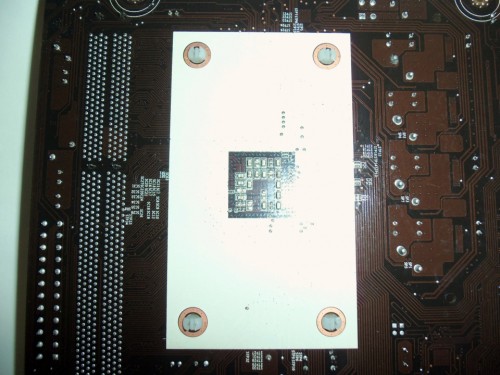 I would also like to point out that I really like the user manual. ECS placed all the diagrams and front panel header information on the first 3 or 4 pages. If you are experienced with building PCs, there is no need to go beyond this point since all the information you need is there. If you want more information or are new to building PCs, the rest of the manual is detailed, easy to read, and has the most important information first. Having well written documentation helps reduce support costs which are passed directly to the product.

Once again we are using 3DMark11, Alien Vs. Predator, and Resident Evil 5 to test gaming performance. These should give a good idea of what to expect in most gaming scenarios. CrystalDiskMark 3.0.1 is going to be used to test the USB 2.0/3.0 and SATA throughput for these respective systems. Finally, RMAA 6.2.3 will be used to test the quality of the audio output. You may notice I did not list the stress testing software OCCT and FurMark I used before. I will explain why before the testing begins.