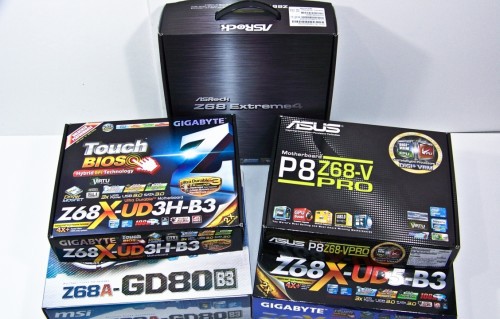 Some say Z68 killed the P67 star. That really depends on what features you require and will realistically use. If gaming and other fun activities like home or office work are the primary purpose, a highly affordable P67 system would more than make you happy. However, if productivity is more important and you work with very large data intensive programs, the Intel Z68 Chipset is the platform of choice thanks to the new enhanced features like LucidLogix Virtu and Intel Smart Response (ISR). While Virtu and Intel Quick Sync are very handy for video projects, ISR still brings one of the most useful performance boosts to the table. Let’s have a look at a wide array of the Z68 motherboard choices available and see if it’s possible to crown a winner.

This is a very different looking bunch of Z68 motherboards. But many offer the same or similar features and specs across the spectrum. The main differences occur with network, video out ports, audio, and prime features. Otherwise, they all offer USB 3.0, SATA 6Gbps, 2-way NVIDIA SLI and AMD CrossfireX support as well as LucidLogix Virtu and Intel Smart Response Technology. 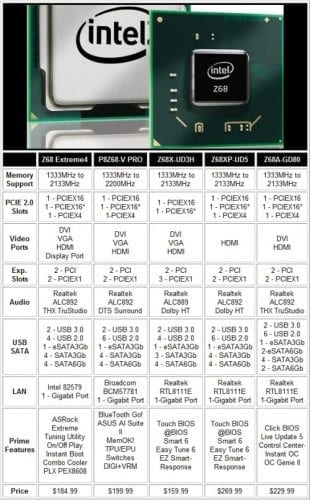 However, when Z68 first launched, GIGABYTE was the only manufacturer to omit Virtu on their higher model boards citing that power users wouldn’t really want or use the feature. With consumers seeing Virtu as a tangible asset, most all of GIGABYTE’s boards now offer at least a single HDMI port to meet the licensing specifications. It’s good to see GIGABYTE offer the GA-Z68XP-UD5 in that respect. However, boards without it you can save yourself $30 to $40 more at retail which may be worth considering.

On a side note, ECS is the only manufacturer to skip making Z68 motherboards despite what was shown at Computex 2011. ECS believed that Z68 had a limited shelf life of sorts and would instead focus on the upcoming X79 which as you know is rumored to reach us by 2nd quarter of 2012, but it’s looking like it may be a lot sooner based on unconfirmed reports. Considering how Z68 sales went, that wasn’t entirely the best choice by ECS.

Many of the boards can be found with updated PCI Express 3.0 support which adds more PCI bandwidth for data transfer. This is only active if you have a PCIE 3.0 capable processor which aren’t out yet. If you decide to upgrade your CPU when Sandy Bridge-E comes out, you’re all set. Otherwise, it’s a feature you can’t utilize. With the recap of the features of INTEL’s Z68 platform out of the way, let’s meet our contestants in this gruelling showdown! 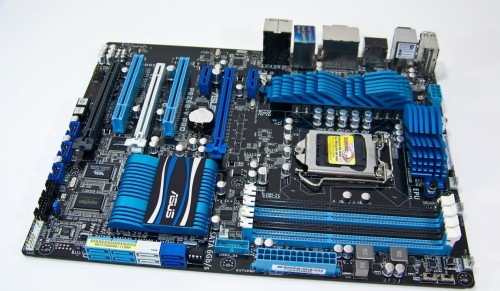 This board was our first experience with the Z68 chipset. It was featured in our INTEL Z68 launch article because of its tangible integrated, user friendly features. In other words, with features like MemOK, users are all but guaranteed to get up and running. The board features the best of its P8P67 sibling’s performance along with all of the latest updates. It’s also the only board in the round up to feature BlueTooth Go.

In terms of design and layout, the black PCB, blue heat sink and socket theme attracts the enthusiasts. And, most every expansion port, button, power connector, fan and front panel header are all placed on the outer edges of the motherboard freeing up space for your expansion slots. There’s plenty of SATA support on this board too. 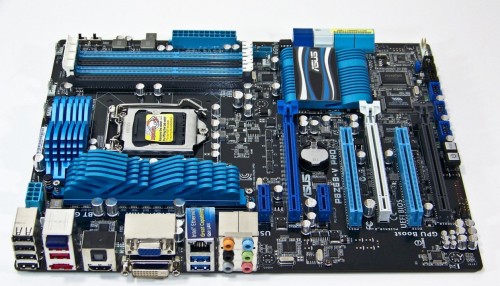 In regards to the BlueTooth Go! feature, it includes extra capabilities like Folder Sync, BT Transfer (make moving files easy), Shot & Send (Very hand for tuners), BT to Net (have to show off sometimes), Music Player (get your jam on), and Personal Manager to keep you in order. And, if you want to show off to your friends, you can interface your P8Z68-V Pro with Turbo Remote via your iPhone, Android, Windows Mobile and Symbian devices.  Overall, a very good bundle of features for $199.99 US MSRP.