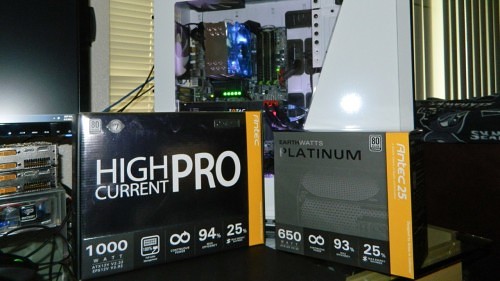 An 80PLUS certified PSU ensures that the system runs as lean and efficient as possible resulting in lower power consumption. This helps lower power bills, especially if you run multiple systems. It’s sad that HP, Gateway or Dell branded desktop computers don’t use them, making them all quite wasteful. However, enthusiasts who build or order custom systems can really benefit from an 80PLUS. That’s why we’ve got  two 80PLUS Platinum level power supplies to play with today.

The EarthWatts EA-650 is designed to provide solid, efficient power to users with single and dual video cards without costing too much money. The High Current Pro HCP-1000 was developed for more serious enthusiasts who run multiple video cards and lots of peripherals. Let’s find out if the Platinum EarthWatts and High Current Pro 1000 are worth more than their weight in platinum. 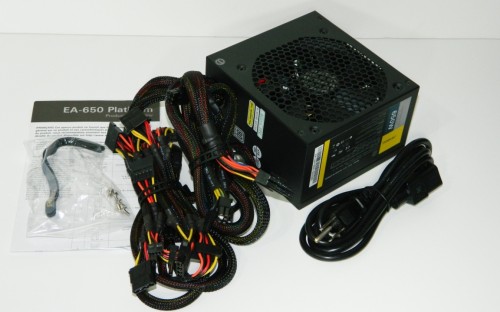 The Platinum standard is the best choice for putting power consumption back in check, especially if you’re running higher end components. The EarthWatts series has been a long time entry level bang for buck power supply among price/quality conscious consumers. Its non-modular cabling helps cut costs and keeps things simple for users who want the simplicity.

Some local shops I’ve talked to personally, have found these to be a good choice because they rarely came back with issues. Below, you can see the differences and similarities in features in the line up. 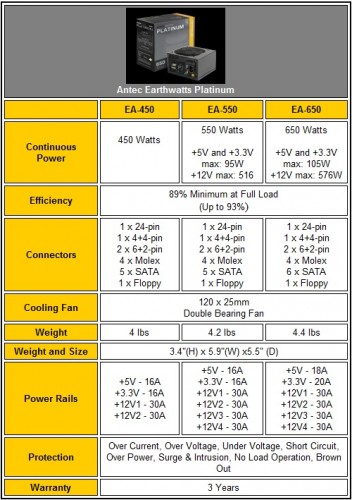 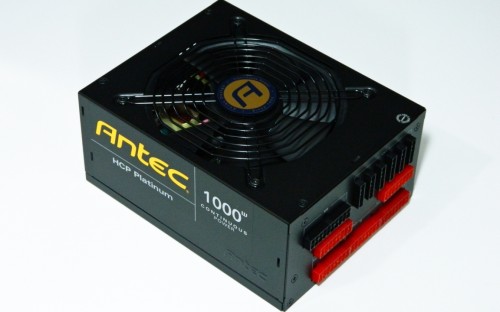 The High Current Pro Platinum series is Antec’s sentinel of efficiency designed for high end systems running multiple power hungry components like gamers and professional content creators. The HCP-1000 Platinum is their best efficient model PSU while the rest of the HCP series is all Gold certified topping out at 1200 watts. These are your best options if running 3-way or more NVIDIA SLI or AMD CrossFireX graphics. 4-way graphics will require the HCP-1200 model. Also, the HCP series is completely modular right down to the main ATX power cable. 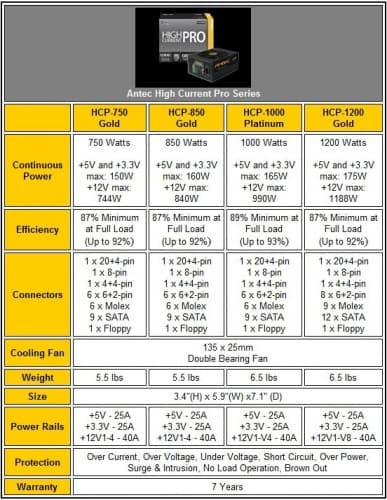 The max +12V output is 40 amps on each individual rail. That protects your components. The average output will probably be more around 30 amps depending on your particular configuration. Cabling is slightly different between the models. You can also see that only the HCP-1000 is Platinum efficient while the rest of the series are Gold efficient. Don’t let that deter you though as the entire line is very strong. More on that in testing later.

The Antec HCP-1000 Platinum retails for $259.99 US and comes with a very impressive 7 year warranty.

Let’s discuss a couple of important components that make up these power supplies and point to their overall quality.