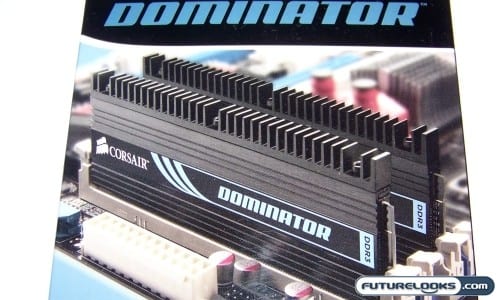 Every so often we receive questions from readers asking for a recommendation on some new dual channel DDR3 compatible with P55 motherboards. It can be confusing to figure out what would be “enough” to get the job done. Basically, that depends on the purpose of the system and if overclocking might be something you’ll tinker with in the near future.

If all you do is play on the PC these days, you can easily get by with just about any good quality DDR3 memory. If you dabble in things like Photoshop, create movies, or compile code or do any audio editing, then you’re a content creator and can benefit from lower latency performance memory. Factor in some overclocking and one should seriously at least consider good quality memory like some Corsair Dominator 4GB 1600MHz DDR3 Dual Channel that we’ll be looking at today. 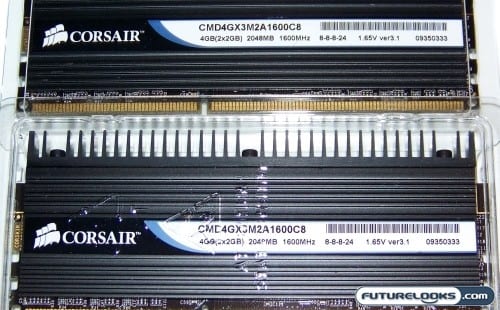 The Dominator series has been around for a couple years now. At one point, it seemed like there couldn’t be anything faster or better but that was before Corsair released their top end Dominator GT series. Nonetheless, the Dominator kit still offers those really cool, contemporary looking memory heat spreaders. These bad boys are still pretty tall measuring in right at 2 inches. This won’t be a big deal for anyone with a regular desktop case but if you have a very small, compact micro-ATX or ITX computer enclosure, you’ll want to consider the amount of space you have inside and whether or not it is enough to house these modules.

When possible, I try to find out what particular ICs are used to build a particular kit. Keep in mind, that doesn’t mean that one brand using Samsung will be any better than another brand using Elpida. There’s no true captain of performers in this respect since they’ve all had there issues whether it be weak yields or frequencies. Unfortunately, I couldn’t narrow down what chips are used to build these modules.

Based on early field reports, one thing that separated the Dominator series from other brands was that often many of the modules would run well beyond spec. For example, some users have reported being able to run their 8-8-8 kit at 7-7-7 without any tweaking if any. If this proves true here, then it won’t really matter what’s underneath the hood. It just means you’re going to get your money’s worth. Let’s find out.

These new Dual Channel DDR3 kits are primarily aimed at supporting motherboards with the Intel P55 Chipset which supports the Lynnfield Core i7 and i5 processors. You don’t want to buy these for your Core 2 based system.

In order to test out these modules, we constructed a system with the aforementioned chipset and CPU. Here are the specs:

Testing was performed with stock system settings. Turbo, Intel Speed Step, and any other auto overclocking settings were all disabled. The main reason for this is that systems can respond differently with these settings on, resulting in artificial performance differences. This method removes those variables and will give us the raw performance capability of the Corsair Dominator DDR3 memory.

Since memory frequencies and timings have very little influence on games, only Crysis was used since it’s still a super resource hog. SISOFT Sandra Memory Bandwidth, Everest Ultimate, and some DIVX 1080P encoding. This should cover the benefits of memory frequency and timings sufficiently. 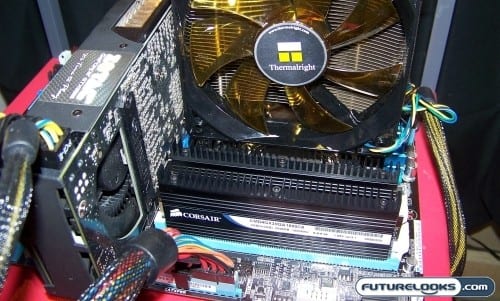 One of the particulars I look for when installing new memory is how it automatically configures in the BIOS and whether or not XMP profiles work properly. While engineers do their best to program the profiles properly, we are quite aware that not all motherboards will recognize every kit correctly.

In two seperate installation tests, the Corsair 1600MHz 4GB kit was recognized by one motherboard and not by the other. However, that incorrect reading resulted in a 1600MHz frequency using 8-8-8-24 timings at 1.67 Volts. But, the Dominator 1600MHz kit passed every test using 9-9-9 and 8-8-8 timings as well. This really answered the most important question of stability and compatibility. Let’s get on with the benchmarking.